5 – 0 at the Women’s World Championships : A first for Canada 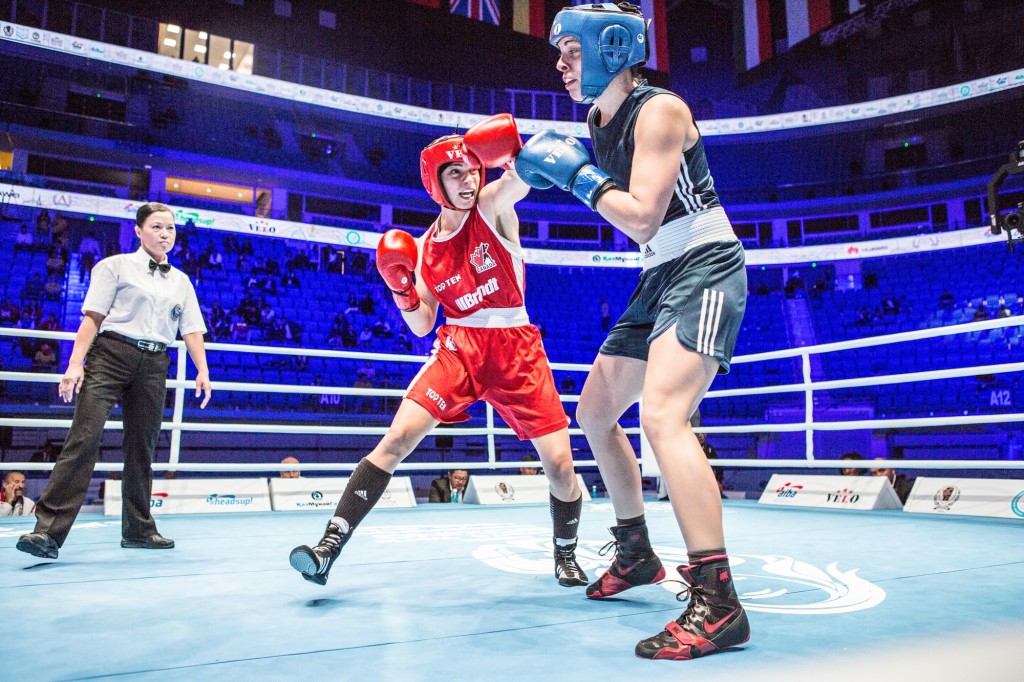 Two days into the competition, our Canadian boxers are shinning in all their glory at the 2016 Women’s World Championships in Astana. With a perfect score of 5 victories out of 5 bouts, it is a first in Boxing Canada’s history,

Caroline Veyre was the first to break the ice with a spectacular victory of 3-0 against Martina Schmoranzova (CZE). The 60 Kg Canadian representative can still qualify for the 2016 Olympic Games. She will need to finish in the Top 4 in order to punch her ticket for Rio.

The second day was just as exciting, from start to finish. Erica Adjei (54 Kg) kicked off session 3 with a victory of 2-1 against Mariem Homrani (TUN). A few bouts later, the Quebec boxers Sabrina Aubin (57 Kg ) and Sara Kali (64 Kg) respectively claimed a victory with the score of 2-0 and a TKO in 1st round. To conclude this historical debut, Ariane Fortin (75 Kg) convincingly won her bout 3-0 against Shunhyeong Kim (KOR).

It is the first time that Boxing Canada obtains similar results during this major competition. ”We are very pleased with the great start with 5 out of 5 wins in the first 2 days of the world championships. We know this is going to be a tough tournament and the team has prepared for that.” claimed Pat Fiacco, president of Boxing Canada. Three boxers have yet to make their first appearance in the ring. Kim Clavel (48 Kg), Mandy Bujold (51 Kg) and Alison Greey (81 Kg) are scheduled to make their debut over the weekend. Caroline Veyre will also be on Saturday’s card as she will face Maja Saric (CRO) during the second round of preliminaries.

Best of luck to all our boxers !