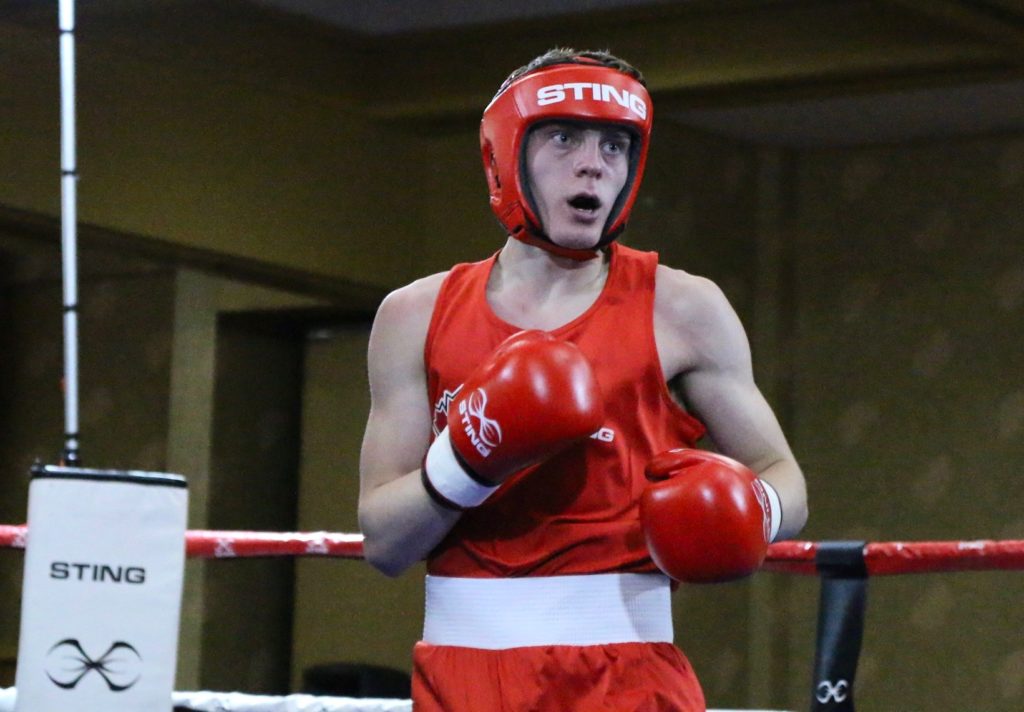 On the eve of the opening ceremony, Boxing Canada has received an additional quota reallocation in the Men’s 60 kg weight category and therefore nominates Spencer Wilcox (Hamilton, ON) as the second Canadian athlete to represent Team Canada in Olympic-style boxing at the Buenos Aires 2018 Youth Olympic Games from October 6 to 18.

As such, Spencer Wilcox will be joining Tethluach Chuol (Edmonton, AB) in Buenos Aires and the two athletes will become the first ever Canadians boxers to participate in this prestigious competition. Wilcox and Chuol will be competing in the 60 kg and 91+ kg weight categories respectively after the pair both won a silver medal at the 2018 AMBC Youth Continental Championships earlier this year. National Team Coach João Carlos Barros will complete the boxing team as head coach for the competition.

“I had never stopped training after the Youth World Championships that took place in August because I had the slightest bit of hope that I could still get a chance to participate in the Youth Olympic Games,” mentioned Spencer Wilcox after being nominated on Team Canada. “The universe has funny ways of giving back to the people who deserve their chance. My team, the rest of Team Canada and I are ready to wear our flag proudly and fight until the end.”

In order to qualify for Buenos Aires 2018, boxers had to win gold in their respective category at the 2018 Youth American Boxing Championships, which took place May 21 – 26 in Colorado Springs, USA. Each country was allowed to select a maximum of three men and/or two women, after which the quota place is reallocated to the next best-ranked athlete. Although no Canadian boxers were able to climb on the highest step of the podium, it is through the reallocation of an unused quota that that Tethluach Chuol and now Spencer Wilcox were granted a spot on the Youth Canadian team.

“Spencer has achieved great performances so far this year,” affirms Daniel Trépanier, Boxing Canada’s High Performance Director. “It will be interesting to see him rival against the best boxers in his division in Argentina.”

Boxing is a thrilling sport to watch as it is a well-rounded discipline that combines, strength, speed, technical and tactical elements. The Olympic boxing competition will take place at Youth Olympic Park – Pabellón Oceania from October 14 to 18, with a total of 82 boxers in 13 events (nine for men and four for women).