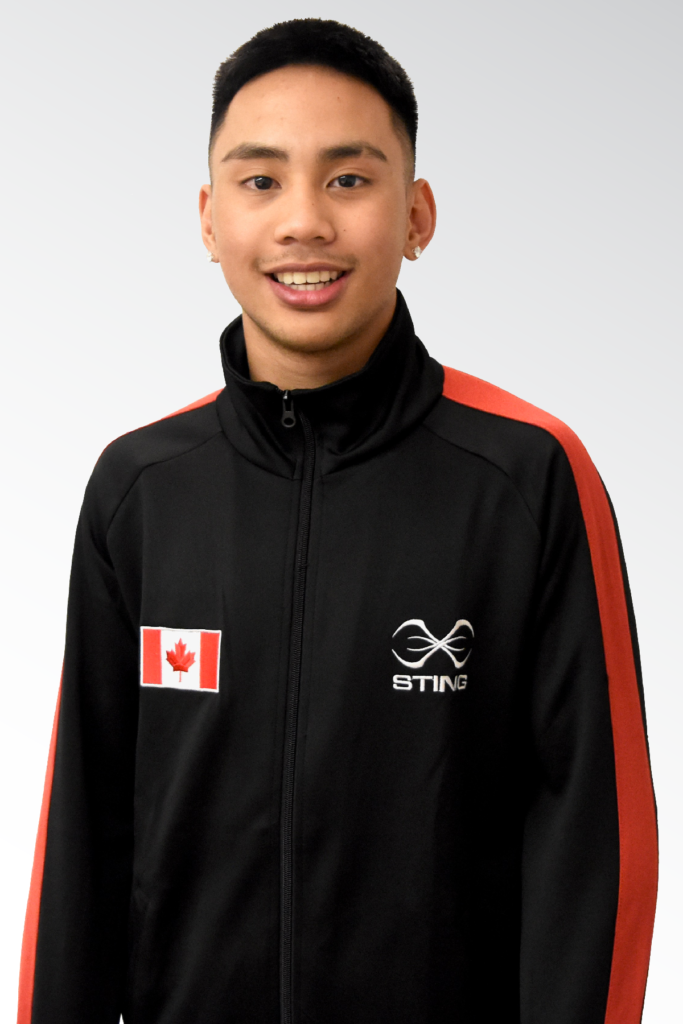 Justin Parina was introduced to boxing at the age of seven by his older brother who was an amateur boxer. His brother would bring him to the boxing gym occasionally. He only took his training seriously once he turned 15 years old. After being part of the junior high school football team, he was looking for another sport to engage himself into. Since boxing was a sport that he had been practicing occasionally, he decided to start training seriously and progress in it, and then decided to sign up for boxing classes with the intention of competing. In the beginning, it was hard for him to train because he was the only teenager at the club and everyone else was adults. He found the training rigorous and sparring hard because his training partners were considerably heavier than him. He even considered quitting but did not and pushed through as he did not want to quit on himself. Overall, as he experienced hardship, Justin Parina was progressing faster than the other boxers in his gym. After only six months of training, he had his first bout and finished with a 2nd round TKO

He loves the idea of boxing being an individual sport. In his opinion, boxing is very challenging, physically but especially mentally. The boxer is his own adversary as he or she determines if you will succeed or fail. Also, boxing instilled certain values and attributes that some of his peers don’t possess. As a National athlete, he doesn’t participate in some activities as before compared to his peers. Lately, with all the international tournaments he has competed, he is realizing that the sport is becoming bigger than him because he is no longer just representing himself but now also a country and those who look up to him.

His father is his biggest inspiration because he provides for his family and loved ones outside the country while working two full-time jobs. Kobe Bryant is another influential person that Justin idolizes as he agrees with his saying “Rest at the end, not in the middle.”


What he enjoys most about being a part of the boxing National Team and fighting internationally is having the opportunity to travel to various countries and experience different cultures around the world that is united by sports. He is proud to represent Canada with the utmost pride.

Justin has big goals in mind for the future. His objectives are to earn a spot on the podium at the 2019 AIBA World Championships in Russia and at the Tokyo 2020 Olympic Games. In the next 5 to 10 years, he envisions himself having completed his education, being employed with a good salary so he can provide for his loved ones, and to inspire others. He says he will still be as obsessed over improving them as he is now.

In addition to boxing, Justin is pursing a Bachelor degree in Nursing, which he currently paused due to the upcoming Tokyo 2020 Olympic Games.

PLACE TO VISIT: Visit all 195 countries in the world

INTERESTING FACTS ABOUT JUSTIN: He loves dogs and writes poems and sings them better than Justin Bieber and Lil Durk put together

LIFE & CAREER OBJECTIVES : To qualify for the Tokyo 2020 Olympic Games, put his loved ones in a comfortable financial position, inspire the next generation and give back to the less fortunate