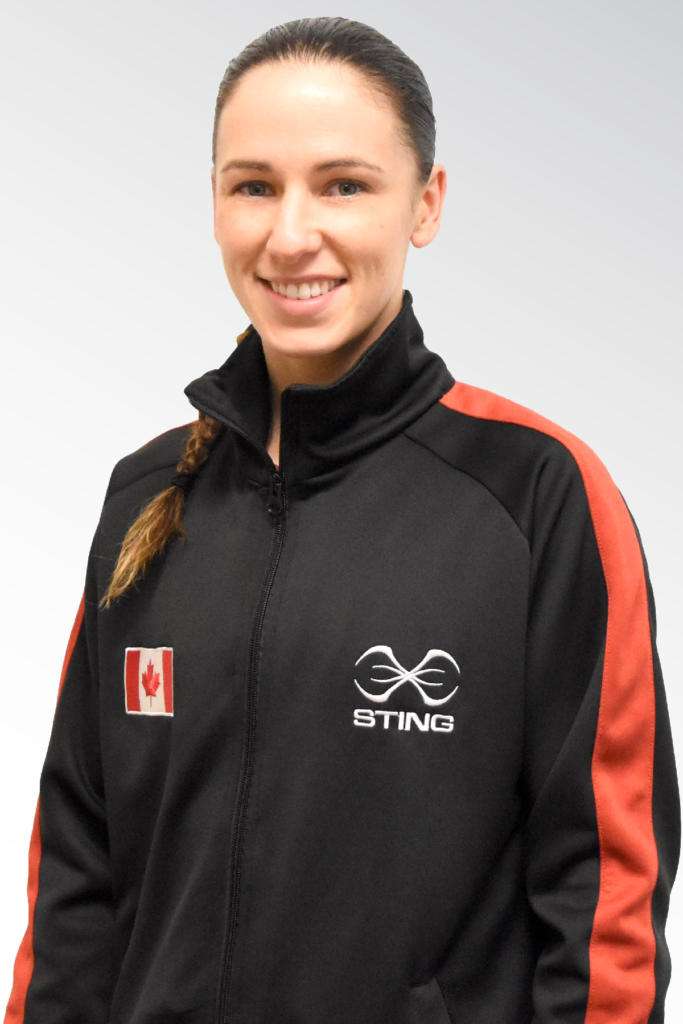 Mandy Bujold’s interest towards boxing started when she lived in Moncton. Her parents bought a punching bag and two sets of boxing gloves in the hopes that her brothers would hit the bag instead of each other, but Mandy decided to give it a try out of curiosity and rapidly began to enjoy boxing. When her family later moved to Kitchener, Ontario, she followed her brothers’ footsteps and joined the local boxing club as a way to get in shape. Boxing quickly became her passion!

Her Olympic dream began after she won her junior national title in 2006. That result gave her the drive to be the best and make the national team. One year later, she was the Elite national champion and also won the American Continental Championships, her first of three victories at the event. Mandy made her debut at the AIBA’s Women World Championships in 2008 and has competed at each edition of the global competition since, recording her best result in 2014 when she finished in the top eight after a quarterfinal loss to eventual silver medalist Lisa Whiteside of England.

Mandy’s career highlight is winning Gold at the 2011 Pan American Games, the first time women’s boxing was included in the multi-sport competition. She also earned another multi-sport medal in 2014 when she won Bronze at the Commonwealth Games in Glasgow. Now a nine-time national champion, Mandy successfully defended her Pan American title in Toronto in 2015, defeating American world #1 Marlen Esparza in final. Mandy went to earn her Olympic berth with a gold medal at the American Continental Qualifier that took place in Buenos Aires, Argentina in March 2016. At the Rio 2016 Olympic Games, Mandy finished Top 5 after a loss incurred in quarterfinals.

Beyond her career as an athlete, Mandy has been recognized by Waterloo Region as a Woman of Influence and named KW Citizen of the Year for her outstanding contribution to the community. In 2018, Mandy brought her passion for the community and boxing together as she founded a white collar charity boxing event called Champions for Charity. She is also a new mom to Kate Olympia (“KO”).

OTHER SPORTS & HOBBIES : Running and hiking

FUN FACT THAT FEW PEOPLE KNOW ABOUT HER: She boxed in the very first fight to ever take place at a major Games at the 2011 Pan Am Games.