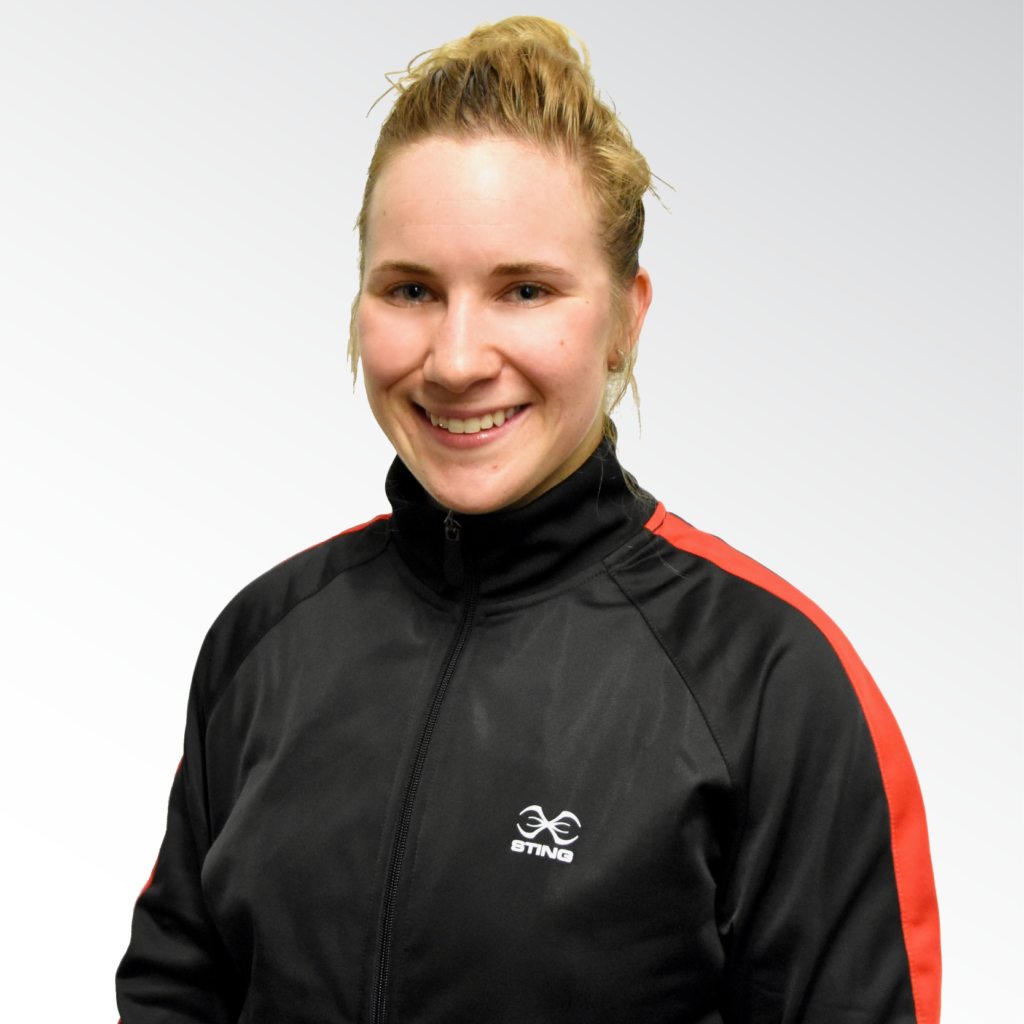 Marie-Jeanne Parent started boxing at the age of 13 when her older brother, who’s also her role model, started training and she wanted to follow in his footsteps. They continued training together and two years later, they both competed at the Gants de Bronze. It was when Marie-Jeanne won this first competition that she got hooked on the sport and realized that boxing had become much more than a hobby for her.

It is the technical aspect as well as the intensity of the sport that captivates her. During her training, she loves to practice countless times the same punch or movement to be able to execute it perfectly in the ring at the right moment. She gets an indescribable feeling when it occurs.

Beside her boxing career, Marie-Jeanne as completed her collegial studies in languages since it is one of her passion. She is currently in the fourth year of her bachelor degree in preschool and elementary education at Laval University.

As for her aspirations in the world of boxing, she dreams to participate in the World Championships, the Pan Am Games as well as the Olympic Games. She also wishes to travel worldwide with boxing and for her personal pleasure to discover other countries.

FAVORITE MOVIES : The Patriot, Valkyrie, Inside man, Act of Valor and all action/suspense movies in general

PLACE TO VISIT IN HER LIFE : New-Zealand

FUN FACTS FEW PEOPLE KNOW ABOUT HER : I’ve done a theatre play in 4 languages (French, English, Spanish and German) and I’m passionate about coffee (I’ve been working in a Coffeehouse for two years now).

LIFE & CAREER OBJECTIVES : In regards to my professional career, I would like to do a master or a graduate degree in cognitive psychology or relating to the various learning disabilities with children with troubled circumstances as well as the effective interventions with the latter. This objective is due to that fact that I wish to become a teacher who will enable everyone to reach their full potential. My life objective is to start a family and travel with them to discover various cultures because I believe that in order to understand our own culture, we must know how to compare to others.