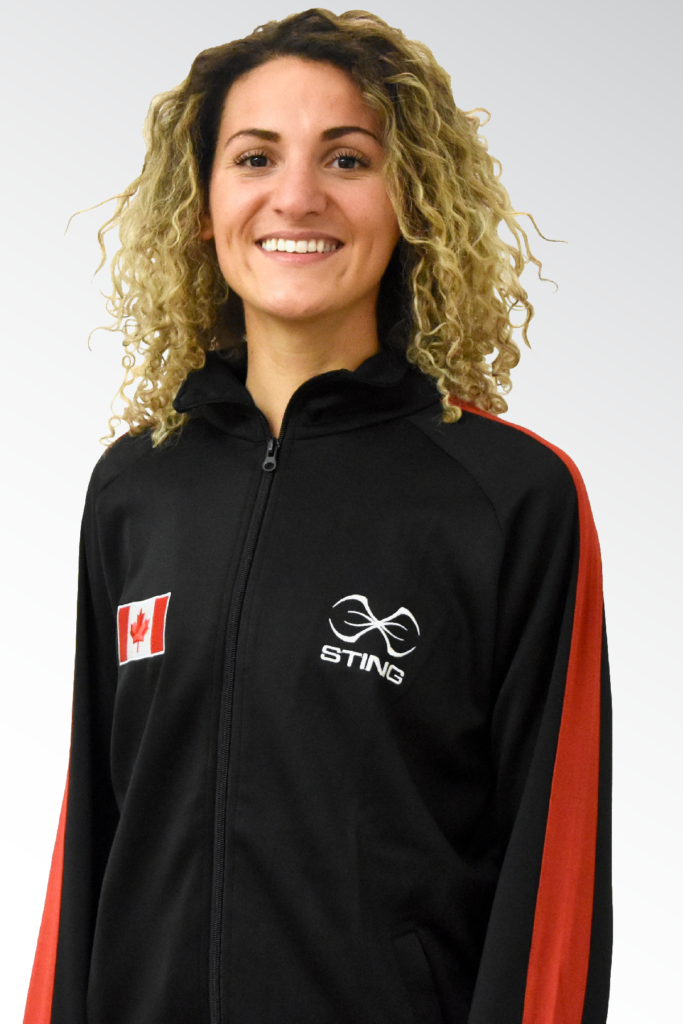 Sara Kali started boxing at the age of 12. At the time, her grand-father was a boxer, which piqued her curiosity and pushed her to try the sport. She had done multiple sports, but none had brought out such passion and it has become her vocation ever since.

According to her, boxing is so much more than a combat sport where two individual simply hit each other; it is the smarter boxer in the ring who wins. Indeed, Sara loves the tactical aspect of the sport where you must be intelligent in the ring, remain calm no matter the situation while demonstrating rigorous fitness condition. Her favorite aspect of the sport in the training; Boxing is demanding like no other sport and requires great work ethic and discipline in general.

Beside her career as an athlete, Sara is currently completing her bachelor in Management and has a certificate in Administration.  In the next 10 years, she wishes to participate in the Olympic Games, work in her field and remain involve in the boxing world.

PLACES TO VISIT IN HER LIFE : She would like to take 1 year off and travel the world, more specifically New Zealand, Croatia, New Caledonia, Spain and Portugal.

LIFE & CAREER OBJECTIVES : Become the president of the gym boxemtl.com, work for a large company in Management and become an entrepreneur