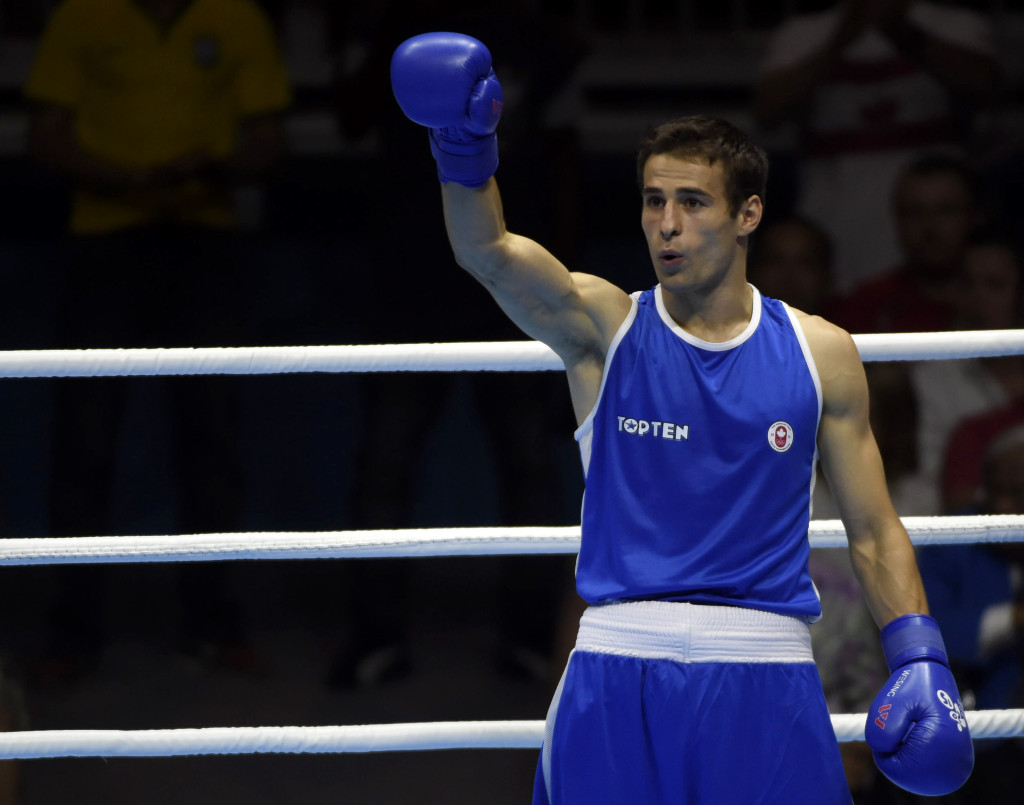 Two weeks after Boxing Canada had their most brilliant performance in the history of the Pan American Games, wining 3 gold medals and 3 bronze, our male boxers are preparing for another milestone on the road to Rio 2016.

During the week of August 17th to 23rd in Venezuela, the American Boxing Confederation will host the 2015 AMBC American Confederation Boxing Championships at the Domo Jose Maria Vargas, just outside Caracas. Twenty countries and 126 boxers have registered to compete in this tournament that will feature many familiar faces from the top-notch field at the Pan American Games in Toronto.

Leading Team Canada is our young gold medalist, 64kg Arthur Biyarslanov, who went into the competition in Toronto as a podium favorite but was an underdog against the defending champion, Cuba’s Yasnier Toledo. The “Chechen Wolf” imposed his will on Toledo in their finals showdown, forcing him to box Biyarslanov’s fight. Now that Biyarslanov has seized the top position in his weight division in the Americas, he carries a lot of weight on his 20-year-old shoulders. He manages these raised expectations, he says, by training even harder.“My goal is to qualify for the Olympics, and it will start with the Continentals,” said Biyarslanov, who believes winning gold in Toronto demonstrated that he is one of the best boxers in the world and can compete with anybody. Although his golden status has given him lots of visibility and a tight schedule of speaking engagements, life continues the same. “Just training and training,” said the promising prospect.

Biyarslanov’s teammates accompanying him to Venezuela are 60kg Lucas Bahdi, 69kg Sasan Haghighat-Joo, 75kg Clovis Drolet and 91+ kg Simon Kean. After suffering a loss at the Pan Am Qualifiers in Tijuana, Bahdi said that he has learned a lot about himself. The 21-year-old from Ontario watched most of the bouts in Toronto, paying close attention to the lightweight division to develop his strategy for Venezuela. “I feel confident going to Continentals. I know who my opponents will be, and I know I can beat them,” said Bahdi, who has been sharpening his defense as well as his offense.

Another of Boxing Canada’s young prospects, 69kg Sasan Haghighat-Joo, lost a split decision in Toronto against the current Continental Champion, Brazilian Roberto Custodio. Haghighat-Joo had his major international debut during the Pan American Games and left no one with doubts about his potential, fighting a great bout despite the loss and demonstrating in no uncertain terms that he belongs on the international stage. “I’m ready to win Continentals and show what I’m made of,” said the British-Columbian boxer, who will turn 20 at the end of August.

Another team member, 75kg Clovis Drolet, who lost in his preliminary Pan Am bout by split decision against Costa Rican, Jason Ramirez, has been training very hard and is ready to earn a spot at the World Championships in Doha.

Team Canada’s 91+ kg Olympian Simon Kean, who lost in Toronto by split decision to USA’s Cam Awesome, is also looking to get revenge in Venezuela and qualify for the Worlds.

The top five finishers in each weight class at the 2015 AMBC American Confederation Boxing Championships will advance to Doha, Qatar in October.

“The Continentals in Venezuela will be a tough competition, especially so close after the Pan Am Games. We have a very good chance to qualify all five members of the team,” said Boxing Canada’s President Pat Fiacco.

The team will travel to Venezuela on August 15th with coaches, Daniel Trepanier, Kevin Howard and Benoit Gaudet.