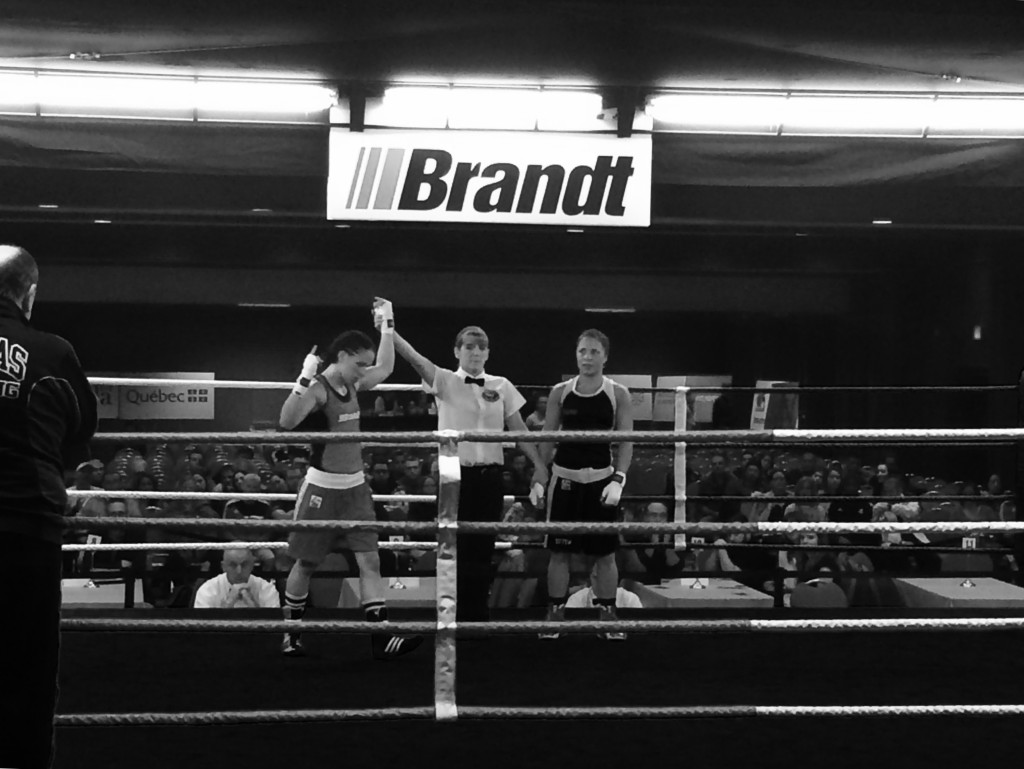 Montreal, December 7, 2015. Tonight’s card introduced a few women’s categories. Female boxers from coast to coast arrived Saturday but it was only this evening that the first competitors gloved up.

Following an evenly balanced opening round, Mandy progressively gained full control over her opponent via accurate combos and increased cadence. “The bout was pretty much as expected since we had previously faced each other 4 or 5 times and had been training partners. Regardless, I worked hard on my preparation and took her very seriously. In the last round, I connected hard to the body (good for an 8-count)” declared Bujold.

As much as Brody Blair experienced some difficulties yesterday, today’s Clovis Drolet took advantage of his opponent, Darcy Hinds. Drolet revealed himself as a complete boxer with strong bodywork and an aggressive technique. The Quebec boxer had the opportunity to participate in a training camp in England last November and believes this experience was extremely beneficial. “I went outside my comfort zone facing many boxers with different boxing styles. It was great preparation for this event” he said.

Next on, BCs Brandon Leaman’s decisive victory over Xavier Gagnon allows him to compete against Arthur Biyarslanov in Thursday’s final.

The event cranks up tomorrow with Caroline Veyre, David Gauthier, Ariane Fortin, Mary Spencer and Samir El-Mais stepping into the ring. Boxing Canada welcomes you all to the Olympic Qualifier as of 7pm at the Fairmont | Queen Elizabeth.