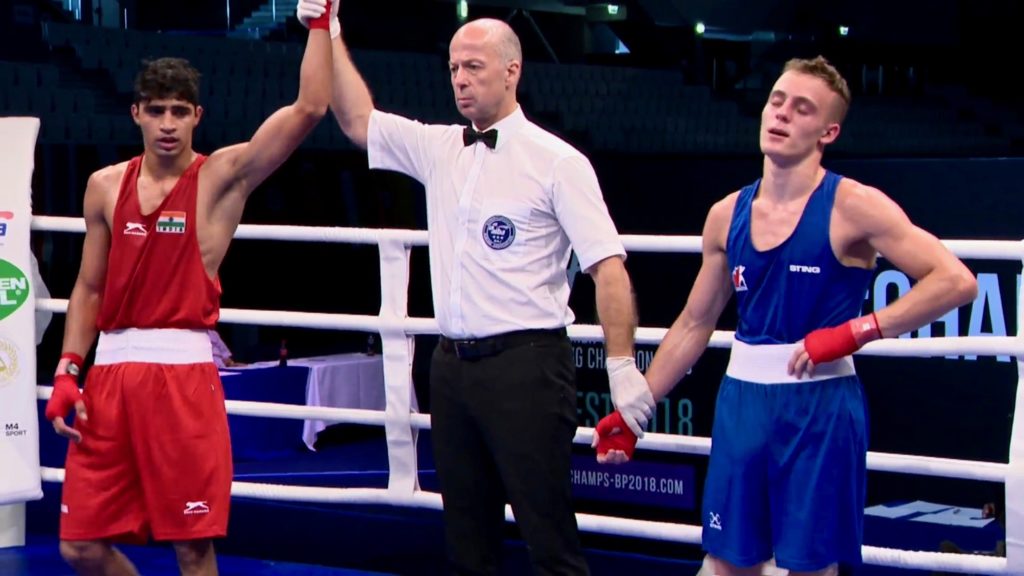 Following a 4-1 split decision victory against Tulga Oyunbaatar during the first round of competition, Spencer Wilcox was back in action today. Indeed,  the Canadian champion was facing Ankit, an experienced boxer from India, for the second round of the Youth World Championships. Although Spencer put on a good showing by landing combinations of strong punches, his opponent maintained a high volume throughout the bout and was declared the winner by a unanimous decision of the judges.

“It was a tough bout. I gave my everything from the first bell until the very end,” mentions Spencer after his defeat during the preliminary round of the competition. “I would like to thank everyone in Canada for supporting me on this journey. I am a true champion and I will be back for more.”

Despite Spencer’s defeat, three Canadians are still waiting to make their debuts in the competition. Here is the schedule for the next bouts:

For more information on the competition and the progress of the Canadian delegation, visit our Event webpage for all details.