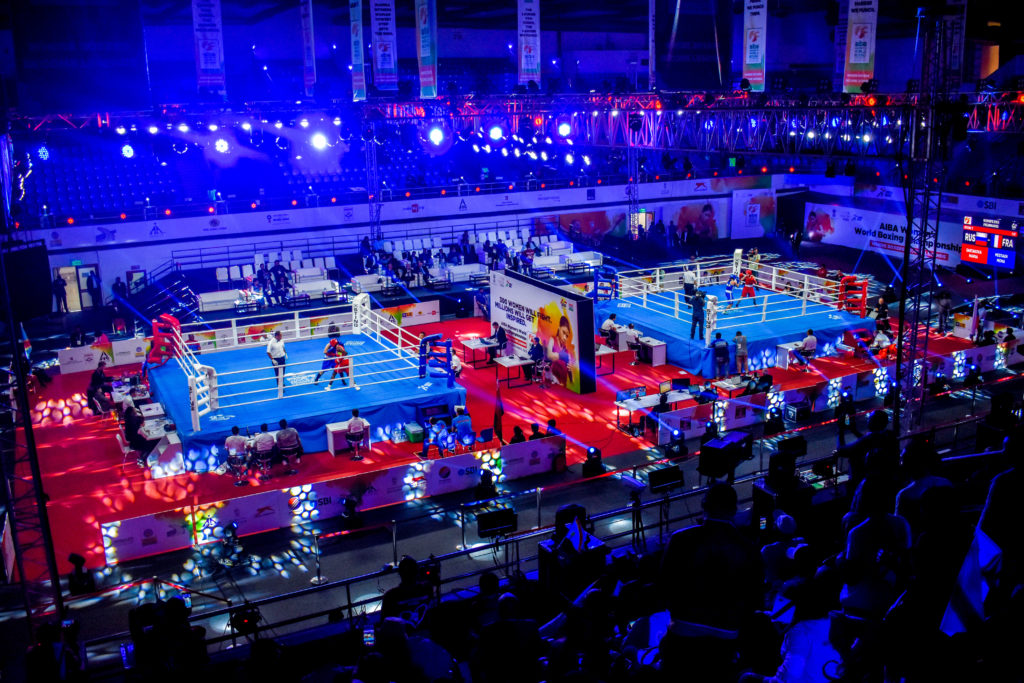 Organized by AIBA, the 2018 Women’s World Championships have officially kicked off in New Delhi, India on November 15, featuring the 277 best boxers from 62 nations. After two intense training camps in Montreal and Doha, Qatar prior to the competition, Team Canada was eager to step into the world stage. With three victories in as many bouts, here is the recap of the first two days of the competition:

Caroline Veyre was the first Canadian to break the ice in the competition and for her first bout, she squared off against Carolyn Calungsod from Philippines. Facing a less experienced boxer, Caroline quickly adjusted and grabbed the first win for Team Canada in the competition.

“It was a good first bout. It took me a little bit of time to get started, but I quickly found my timing and I clearly dominated my opponent,” said Caroline after her first bout.

Advancing to the second round of the preliminaries, the Montreal boxer was back in action for the second day of the World Championships. For her second bout, Caroline was facing Kinga Szlachcic from Poland who had obtained a bye in the first round. Despite her aggressiveness and constant pressure, the Polish boxer was unable to beat the Canadian and lost a 4-1 split decision to the Canadian.

“I knew it would be more of a fight rather than a technical bout. My opponent’s strategy was to take my punches while continuing to attack in the hopes I would get tired. However, I think I controlled well my movement in the ring and I landed cleaner punches. I didn’t mind being the first Canadian to enter the tournament. On the contrary, I prefer to box on the first day instead of waiting as I know the more I fight, the more I will make adjustments and progress in the competition.”

Caroline remains undefeated after two bouts at the Championships and with a rest day tomorrow, she will return in the ring on Sunday, November 18th against Denitsa Yordanova Eliseeva , a Bulgarian boxer ranked 7th in the world.

Myriam Da Silva made her debut in the competition on Day 2 of the Women’s World Championships and for  her opening bout, she was facing 2018 Commonwealth Games silver medallist boxer Ecclees Rosie Joy from Wales. In an explosive bout, the two boxers exchanged powerful blows until the closing bell.

“It was a tough, physical bout that was determined by the small details. My opponent was throwing a lot of punches and I had to use my other skills to obtain the victory. I was patient to take advantage of her opening and land clean punches. I will now manage my recovery prior to my next performance on Sunday.”

According to Myriam, the wait was long before the start of the competition, but now that the ice is broken, the competition will progress quickly. Her next bout is on Sunday, November 18 against Shakhnoza Yonusova from Uzbekistan.