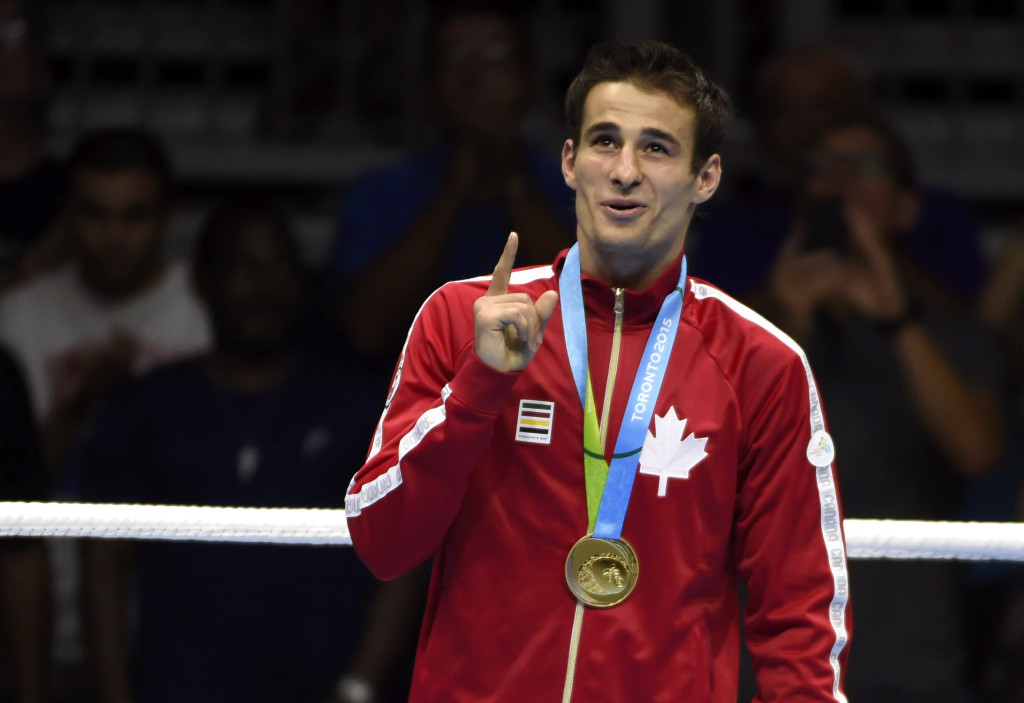 The life of 20-year-old Arthur Biyarslanov hasn’t changed much since last July when he won Canada’s first gold medal in the history of the light welterweight division at the Pan American Games. “I train, eat, rest and attend public events,” said the Toronto resident, who took up boxing at the advice of an older brother.

Biyarslanov now embarks on another very important mission. He will be the sole Canadian to travel to Doha, Qatar to compete at the AIBA World Boxing Championships from October 5 to 15.  His goal, he states, is not only to qualify for the Rio Olympics but to win the gold medal. “I know I can win the Championships,” Biyarslanov said confidently. “People respect me more now after the Pan American Games, and I know I am one of the best in the world.”

The AIBA Worlds will provide an opportunity for 23 boxers in 10 weight divisions to qualify for Rio, and the Pan Am King states that being the only Canadian boxer won’t slow him down. “It doesn’t make any difference,” said Biyarslanov. “My brother is going with me, and when he is around I feel more confident.

Biyarslanov left Chechnya with his mother Ella and two siblings and has taken the nickname “Chechen Wolf” to honor the family’s immigrant history. His mother Ella fuels his training with her home-cooked meals, including his favorite, a soup made with vegetables, meats and roots called ‘borshch’.

Biyarslanov qualified for the World Championships last August in Venezuela at the Continental Championships where he won bronze but was forced to withdraw from the semifinals due to a shoulder injury. He wasn’t happy at the time. His semifinal bout would have been a rematch against Cuba’s Yasniel Toledo, and he was eager to prove that his Pan Am victory had not been a fluke. In Doha, he will get another chance to show the world what the Chechen Wolf is made of.

“We are only sending one athlete to the Worlds but will be sending a much larger team to the Olympic qualifier in Argentina in six months,” said Boxing Canada’s President, Pat Fiacco.“Arthur has had an amazing year in the ring,” added Fiacco. “He is ready to win a medal at the Worlds.”