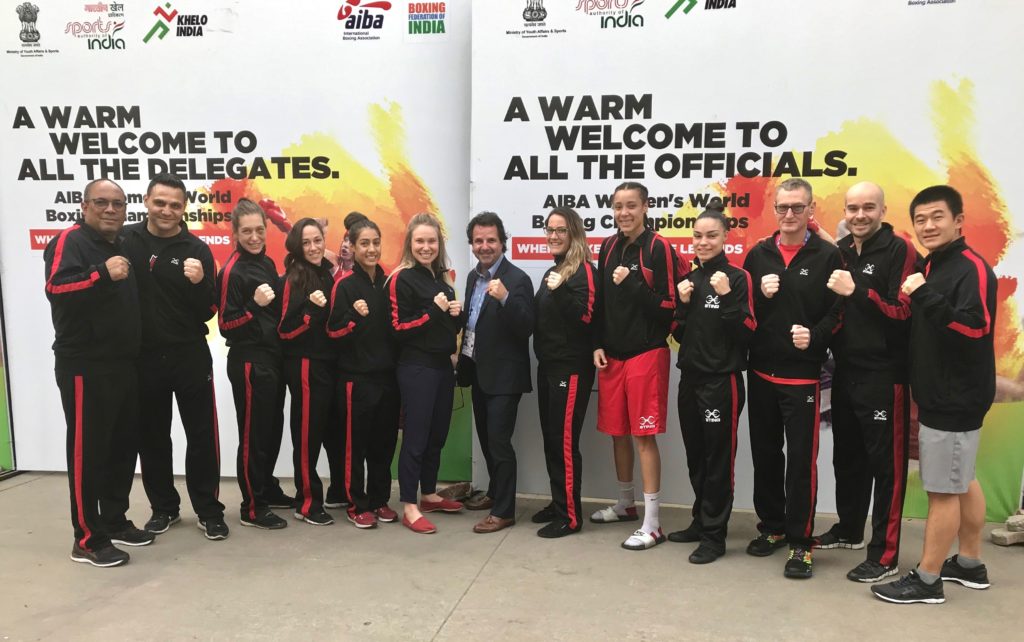 On the sixth day of competition at the 2018 Women’s World Championships, Caroline Veyre, Myriam Da Silva and Tammara Thibeault were the last Canadian representatives in the tournament and only one victory was separating them from a medal. Determined to step onto the podium, the three boxers gave their all in the ring, but they unfortunately all suffered a defeat in quarterfinals. Finishing in the Top 8 in the world in their respective categories, here’s an overview of these last Canadian performances:

After cumulating three consecutive victories, Caroline was facing Kellie Anne Harrington  from Ireland in quarterfinals, an opponent she had already met in the past. Indeed, both boxers had faced off during the 2017 Celtic Cup in Ireland where Caroline lost a split decision (2-3) in front of the local crowd. The Montrealer was determined to obtain her revanche, but unfortunately lost by unanimous decision.

“I am very proud of all my performances in the competition, even today’s bout where I gave everything I had. I wanted to put a lot of pressure to tire her out, because I knew I had great physical conditioning, but she managed to look better and keep her distance. It was a close fight where I did everything to win, I don’t have any regret.”

For her last bout, Myriam was facing off against Nien-Chin Chen, the #1 seeded boxer in the 69 kg division. Despite a well-executed game plan and numerous clean and powerful punches, Myriam lost in a split decision (1-4) to the boxer from Chinese Taipei.

“The bout was more demanding mentally than physically. It is hard to measure up against opponents who keep their distance, but I am not disappointed in my performance. I will come back stronger and I will work on being more dominant against Asian opponents who have a similar style. I still see the positive in this competition: I am now in the world’s Top 8! I came a long way and I’ve regained by world ranking that I had before. The first step is accomplished, I now want to focus on qualifying for the Pan Am Games.”

Tammara was the last Canadian in the running for a medal. For her quarterfinal bout, the southpaw boxer was facing a strong opponent: Nouchka Mireille Fontijn, the world #1 ranked boxer in the 75 kg category and Rio 2016 Olympic Games silver medalist. Despite a good preparation and a height advantage, Tammara was unable to defeat the boxer from Netherland and lost by unanimous decision.

“I am extremely proud of the performance of our Canadian women’s team at these World Championships. We had three of our six boxers finished in the Top 8. All 6 boxers performed to the best of their abilities and left everything in the ring against experienced boxers. A tremendous amount of credit must also be given to the coaching staff, mentioned Pat Fiacco, Boxing Canada’s President and AIBA’s Technical Delegate for these Championships. This team gained valuable experience that will benefit them at next year’s World Championships, which will also be a qualifying event for Tokyo 2020.”

” Our objective for the championships was to fight for the podium. We have partially reached our objective as three of our six athletes fought for a podium and lost close decision against high calibre opponent, affirms Daniel Trépanier, Boxing Canada’s High Performance Director. I am very much looking forward to work closely with our athletes, our coaches and our support team toward the qualifications for the Olympic Games in 2019 and especially for the Games themselves in 2020.”