ANOTHER SUCCESSFUL EDITION OF THE 2016 KEN GOFF MEMORIAL & BRANDT CUP 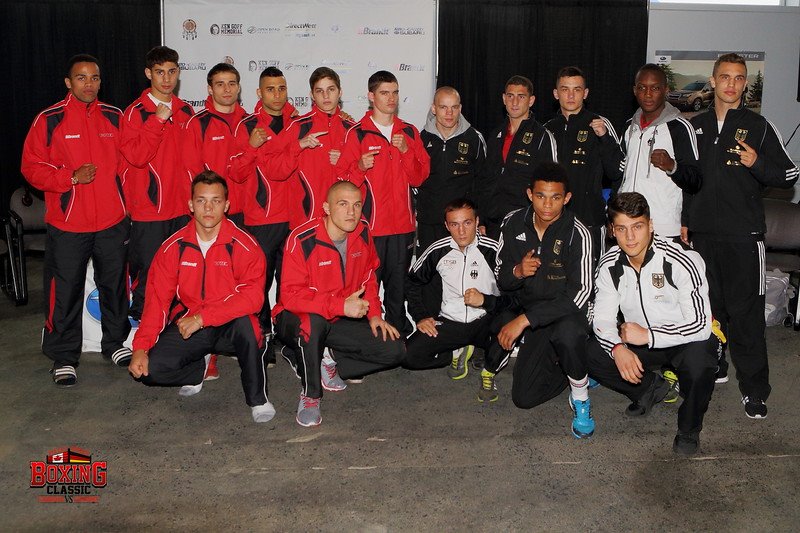 At the 23rd edition of the Ken Goff Memorial, team Canada faced off team Germany at the Credit Union EventPlex in Regina. As the evening was about to begin, the excitement was noticeable as the spectators were impatient to watch the national team boxers. Over the years this premier Olympic-style boxing card has become an absolute must for boxing’s fans and this edition was no exception. Eight bouts were on the card  in front of a febrile crowd of 1200 people.

Under the camera’s spotlight both teams showcased a series of spectacular bouts sustained by the cheers of the audience. The Canadian boxers put on a good show against adversity and the experience of the German boxers.

Here are the results for the 2016 KGMBC:

Despite multiple defeats the Canadian team had the opportunity to redeem themselves through revenge dual matches at the Brandt Cup on Sunday May 15th. Hungry for victory the national team members stepped into the ring to avenge their performances from the KGMBC. This time around, their thirst for triumph was remarkable as they displayed specular boxing skills.

Although it had been a long week of training, the boxers gave it their all as shown by the results:

*Some bouts were cancelled due to injuries

Many of the Canadian boxers were able to claim victory back from their opponents.

Overall the Ken Goff Memorial and the Brandt Cup were a success and remain landmark events for boxing enthusiasts. These two events are also amongst the only competitions where athletes come together to box as a team. The potential of our young national team is undeniable after the outcome of these exhibition duals.

For all KGMBC pictures please visit the following website :