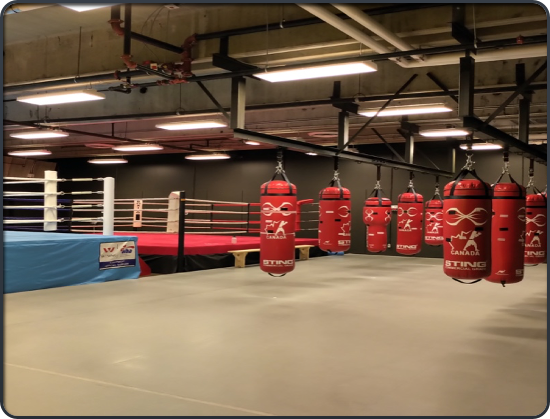 Montreal – September 30, 2020. This past Friday, Boxing Canada elected its new Board members as part of its 2020 online Annual General Meeting and three Director positions came to term during the election. Both Mike Summers and Yvon Michel were re-elected by acclamation in their previous position while Roland Labbe was elected to the Board of Directors, replace Pat Fiacco whose term came to an end. Here’s the composition of our new Board of Directors:

Pat Fiacco’s term as long-standing President of Boxing Canada came to an end during the AGM and as such, the newly elected Board of Directors elected amongst themselves its new President, Ryan Savage, as well as its new Vice-President, Roland Labbe.

“It is an honour and privilege for me to assume the role as President of Boxing Canada. I look forward to working with the other members of the Board, in pursuit of greatness and inclusiveness in our sport. The current pandemic has created some unique challenges for our sport, but as a result of the strong leadership of Pat Fiacco we are well positioned, nationally and internationally, to prosper. I am excited to get to work in my new role,” states Ryan Savage.

Since 2011, Pat Fiacco has worked relentlessly as President to transform the organization to one that is recognized in sport in Canada as being progressive, courageous and in pursuit of excellence – in and out of the boxing ring. He has been an ambassador for our sport both domestically and internationally, by advocating for transparency on behalf of all members and by taking a leadership role in addressing much needed changes within AIBA.

His commitment and dedication over the past decades have made major advancement possible, leaving behind notable legacies that promoted the growth of boxing across Canada and improved the opportunities for the Canadians involved in the sport.

“No other President in Boxing Canada’s history has led to so many changes for the good of boxing. The moving of the Ottawa offices to the Canadian Olympic Committee in Montreal, instilling a full governance reform and new constitution and the centralization of our High Performance into a world class facility in Montreal are but a few of the legacies he leaves behind, affirms Roy Halpin, Boxing Canada’s Executive Director. “He was a great leader and has now passed on this leadership to an equally strong President elect in Ryan Savage who will no doubt continue to guide Boxing Canada to long-term organizational success. Exciting times ahead!”

Although his tenure as President of Boxing Canada has come to an end, Pat Fiacco will remain active in the organization as he has been appointed Chair of the Referee and Judges Commission. Having previously held the position of Chief Official in Canada, he excelled as an official and participated in the Athens 2004 Olympic Games as a referee and judge and in the London 2012 Olympic Games as Deputy Supervisor.

“I have been involved in the sport of boxing for 46 years and the sport has helped shape the person I am today. I took the skills I learnt in the boxing ring and have used them in every facet of my life. Boxing Canada has given me the opportunity to give to the sport that has given me so much. It is safe to say that Boxing Canada has gone through its biggest change in the last 10 years with moving our office from Ottawa to Montreal in partnership with the COC as well as the creation of the National Training Center at the INS Québec, of which I am very proud. I was fortunate to have a dedicated Board of Directors that worked as a team for the greater good of our sport, our athletes and our coaches. I also was supported by a great administration lead by our Executive Director Roy Halpin. In my new role as the Chair of the Referee and Judges Commission, I look forward to the leadership of our new President, Ryan Savage who served as my VP during my tenure as President,” says Pat Fiacco.