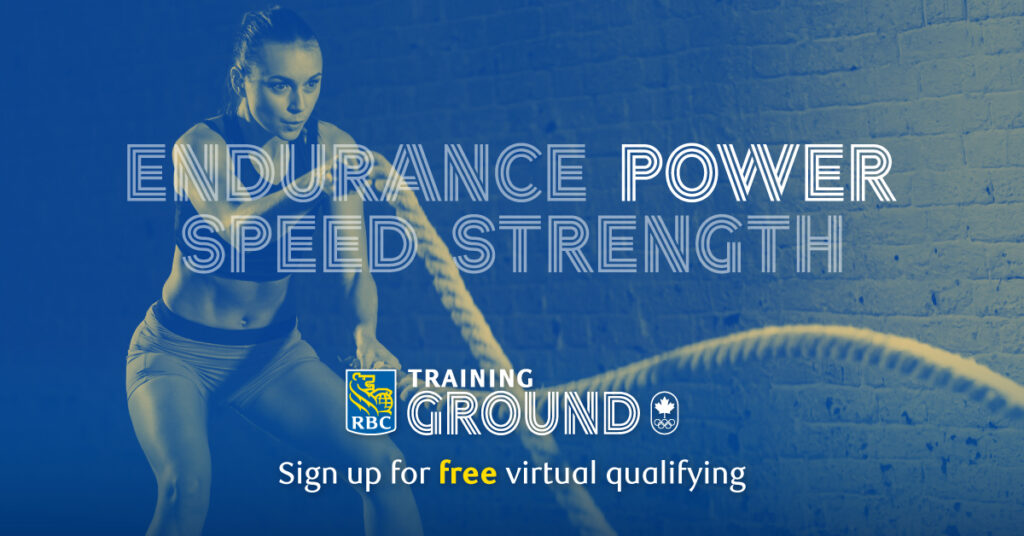 Every Canadian athlete between the ages of 14 and 25 now the chance to be scouted by nine Team Canada sports, including boxing, from home

Since its inception in 2016, RBC Training Ground has enabled National Sport Organization (NSO) partners to test the speed, power, strength and endurance of over 8,500 athletes at more than 100 free local events across Canada, identifying 1,000 athletes as high potential.

Starting today, young Canadian athletes from any sports background will have access to RBC Training Ground talent scouts, including scouts from Boxing Canada, online. Athletes are encouraged to visit RBCTrainingGround.ca for instructions on how to complete program testing virtually, and how to upload results through video and an online portal. To participate, athletes will perform simple speed, power and endurance tests at home and submit their results online for assessment by Olympic talent scouts. Testing can be completed either indoors or outdoors, wherever adequate space permits. The deadline for submissions is December 1, 2020.

“Adapting RBC Training Ground to include a new virtual qualifying format means it’s never been easier to take the first step towards making an Olympic dream come true – even from home,” said Mary DePaoli, Executive Vice-President and Chief Marketing Officer, RBC. “We’re proud that the opportunities RBC Training Ground present will now be more accessible than ever. Our goal is to open the door for any young athlete interested in pursuing Olympic sport, and then to help bridge the gap between next-generation talent and Olympic medallists.”

Several athletes who were discovered at RBC Training Ground events and supported as RBC ‘Future Olympians’ are now emerging as Tokyo 2020 medal hopefuls. World record-setting track cyclist and Tokyo 2020 medal hopeful, Kelsey Mitchell, was a university soccer player when she was discovered at an RBC Training Ground event in 2017. Lauriane Genest, another RBC Future Olympian, has also been named to Team Canada for track cycling. Other RBC Training Ground athletes with a chance to compete in the Tokyo Olympic Games next summer include Avalon Wasteneys (rowing), Gabrielle Smith (rowing), and Pierce LePage (decathlon).

“We look forward to supporting RBC Training Ground in its sixth year which has had a tremendous impact on the sport system in Canada,” said David Shoemaker, CEO and Secretary General, Canadian Olympic Committee. “The virtual qualifying format not only prioritizes the health and safety of everyone involved but is one more way for National Sport Organizations to find talent and help those athletes determine if their abilities could make them a valuable addition to Team Canada’s talent pipeline.”