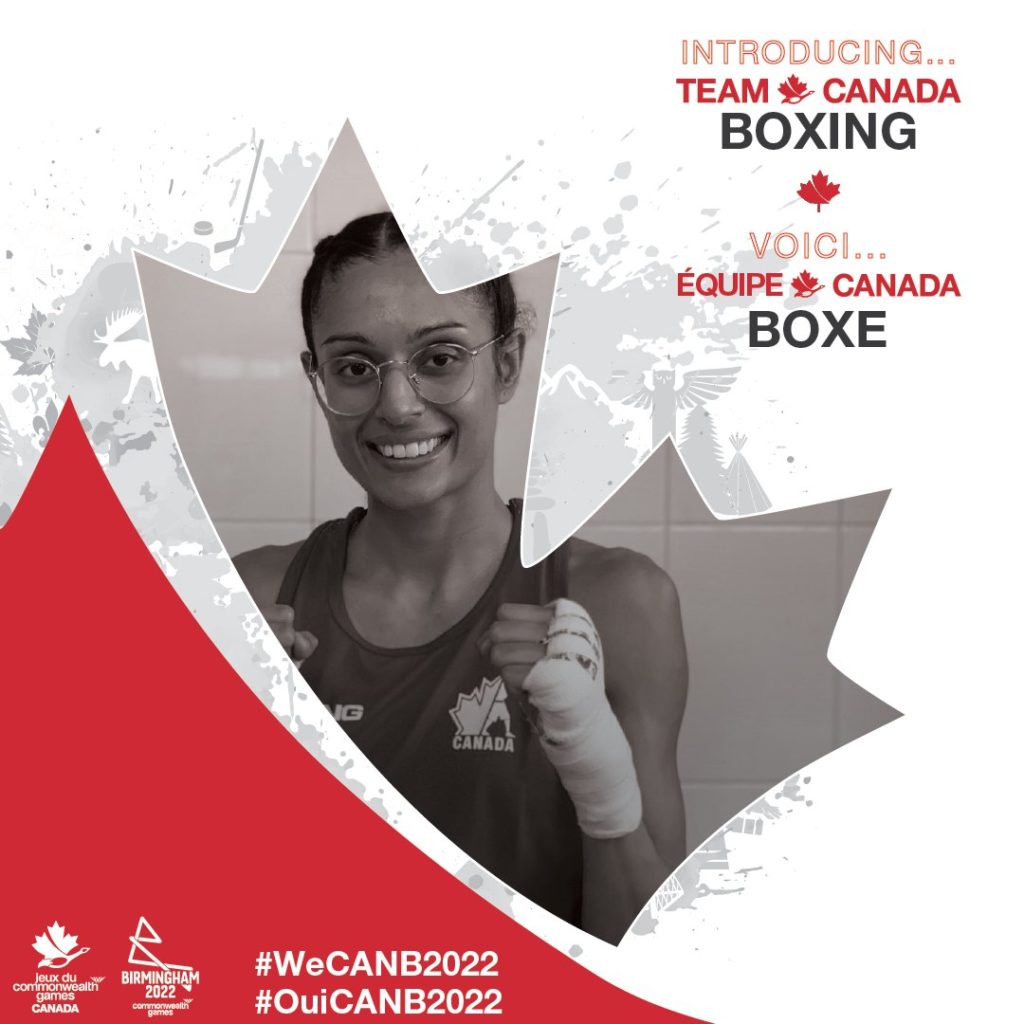 “There are few big multi-sport games opportunities in an athlete’s pathway to the Paris 2024 Olympic Games. Birmingham’s 2022 Commonwealth Games are a great showcase to launch their preparation moving forward. Boxing Canada is confident in our team’s successes and wish the team all the best in their quest for gold,” says Roy Halpin, Executive Director of Boxing Canada.

The six athletes (2 women, 4 men) were selected based on their results at the 2020 Olympic Games and the 2022 AMBC Continental Championships. Four of the six boxers are in their first year on the Elite National Team. They will look to the leadership of their teammates, Tokyo 2020 Olympians Wyatt Sanford and Tammara Thibeault. Thibeault will be the sole boxer who also competed at the 2018 Commonwealth Games, where she earned a bronze medal.

At the 2018 Commonwealth Games, all seven boxers earned a medal (one silver and six bronze). Boxing Canada will look to continue their success and go for their first gold medal in the ring since 2014.

In preparation for the Commonwealth Games, team members Al-Ahmadieh, Keven Beausejour, and Jerome Feujio will participate in the Eindhoven Box Cup in the Netherlands in June, while the women will be resting from the Women’s World Championships that took place in May. The pre-games training camp will be held in Belfast, Ireland, from July 8-24.

“I feel so honoured to represent Canada! Its surreal. It’s always been a goal of mine to fight internationally for team Canada and it just feels like everything is starting to fall into place this year. I’m excited to compete at the Commonwealth Games in Birmingham,” says Priyanka Dhillon.

The boxing competition will take place at the NEC Hall 9, Birmingham, July 29 – August 7 with 14 events, eight men’s and six women’s.

Birmingham 2022 will feature 19 sports and 8 para-sports as part of its program with up to 4,500 athletes taking part. The Commonwealth Games are the only multi-sport event that feature equal standing for sport and para-sport events, and these 2022 Games will showcase the largest para-sport program ever. In addition, for the first time in its history, the Games will feature more medal events for women (135) than men (133).

The boxing team which will represent Canada at the Birmingham 2022 includes:

The 2022 Commonwealth Games will be host to 72 participating nations and territories taking part in the Games. The Commonwealth Games are a valuable opportunity as a steppingstone and development opportunity for Canadian athletes, coaches, and managers working towards Olympic and Paralympic success. Canada’s performance projection in 2022 is a top 3 ranking, in total medals, amongst all nations and territories competing. Commonwealth athletes won 80%+ of Canada’s medals at the 2020 Olympic Games

Team Canada’s dedicated mission team will provide an optimal environment by celebrating equality, diversity, and non-discrimination. This is in support of our goals needed to enable a best ever performance by Canadian athletes at the 2022 Commonwealth Games.

Boxing Canada is the national governing body for the sport of Olympic boxing in the country recognized by the Canadian Olympic Committee. The goal of Boxing Canada is to promote, organize and coordinate the sport of Boxing for the advancement of the sport and its members of all levels and ages. The organization’s vision is to inspire Canadians to make Olympic boxing a major sport and physical activity while striving towards Canada being a dominant nation internationally.