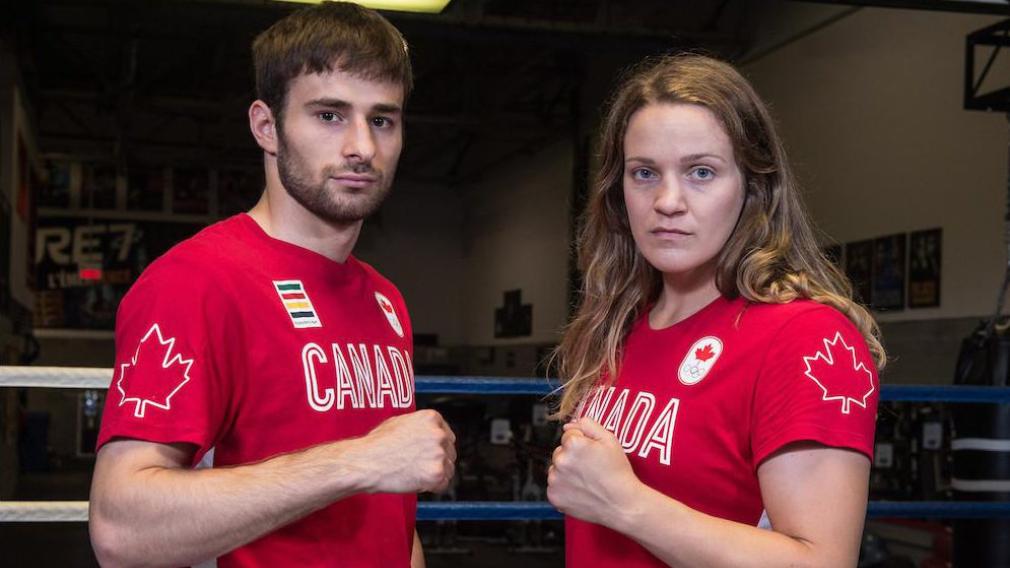 On Thursday, the Canadian Olympic Committee (COC) and Boxing Canada named the three athletes nominated to represent Team Canada in boxing at the Rio 2016 Olympic Games from August 5 to 21.

The athletes earned their spots at the 2016 AOB American Olympic Qualification Event which took place March 11–19 in Buenos Aires, Argentina where all three boxers had to finish amongst the top-two of their respective weight category. These will be the first Olympic Games for all three athletes. Rio 2016 will also mark a historical first in Olympic boxing as headgear is removed from the men’s competition and non-AIBA professional boxers were eligible to qualify.

With all qualification events done, the boxers are now focusing on their preparation and fine-tuning their skills for Rio. A final training camp will take place in Montreal from July 25 to August 2 before they travel to Brazil.

Boxing is a thrilling sport to watch as it a well-rounded discipline that combines strength, speed, technical and tactical elements. The Olympic boxing competition will take place at the Riocentro Pavilion 6, August 6-21, with a total of 13 events (10 for men, three for women).

“This group has worked extremely hard to earn the right to represent Canada at the Rio 2016 Games this summer. I know they will do everything they can to push for the podium and continue to make Canada proud. Congratulations to everyone that has been nominated today.”

“Congratulations to our boxers named to Team Canada. By representing Team Canada in Brazil, they are an inspiration for all the young boxers at home from coast to coast. Our boxers heading to Rio have fought hard for their opportunity to represent boxing and Canada on the largest stage. Our team is aiming for the best team performance in the history of our program.”

“I am looking forward to representing Canada in Rio. This is a dream come true for me. Lots of hard work and dedication has gone into this goal and it’s exciting to finally call myself an Olympian.”

“Congratulations to the boxers and coaches named to Canada’s Olympic boxing team headed to Rio. You are relentless and committed to your training in preparation for your bouts in Rio and should know that Team Canada here at home — 35 million strong — is in your corner. Good luck!”

The Honourable Carla Qualtrough, Minister of Sport and Persons with Disabilities

The boxing team which will represent Canada at Rio 2016 includes:

Prior to being named to the final Canadian Rio 2016 Team, all nominations are subject to approval by the Canadian Olympic Committee’s Team Selection Committee following its receipt of nominations by all National Sport Federations.