Charlie Cavanagh reaches the final of the 2018 Youth World Championships 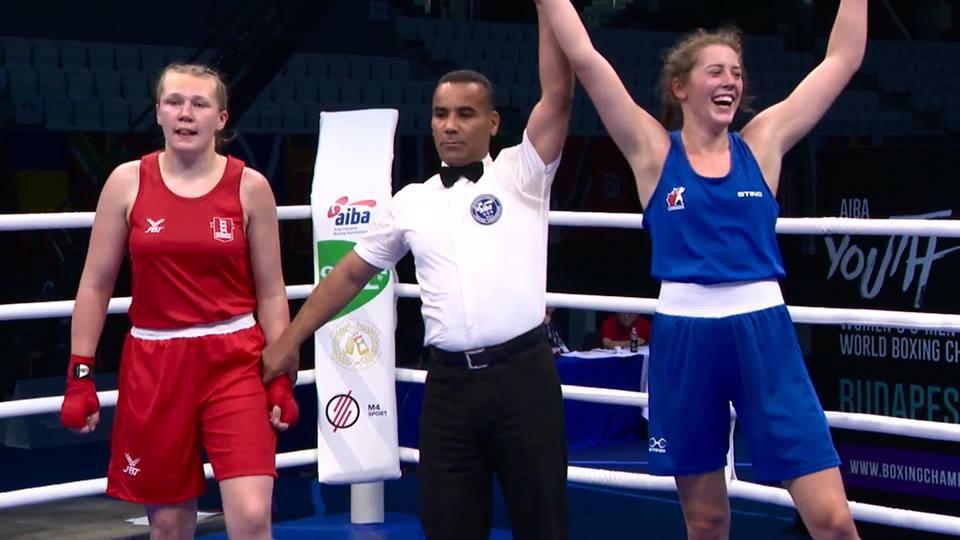 After securing a medal with her unanimous win over Poland in quarterfinals on Saturday, Charlie Cavanagh was back in action this afternoon against Paige Goodyear in the hopes to reach the gold medal bout. While both boxers were hungry to reach the final round of the competition, it was clear after three high volume rounds that Charlie had the upper hand over her English opponent and as such, was declared winner of this semifinal bout by a unanimous decision of the judges.

“Honestly I’m still in shock and on such an adrenaline high,” mentioned Charlie right after her victory in semifinals. “I’m so proud to have represented Canada so well up to this point but will not stop until I’m at the top of that podium!”

With the finals taking place on Thursday, Charlie will have a rest day before she gets back in the ring against her Russian opponent Angelina Kabakova in the hopes to become the new Youth World Champion in the 69 kg category.

Don’t miss the final taking place on August 30; it will be the 8th bout of the afternoon session (2pm local time // 8am eastern time). For more information on the competition and the progress of the Canadian delegation, visit our Event webpage for all details.