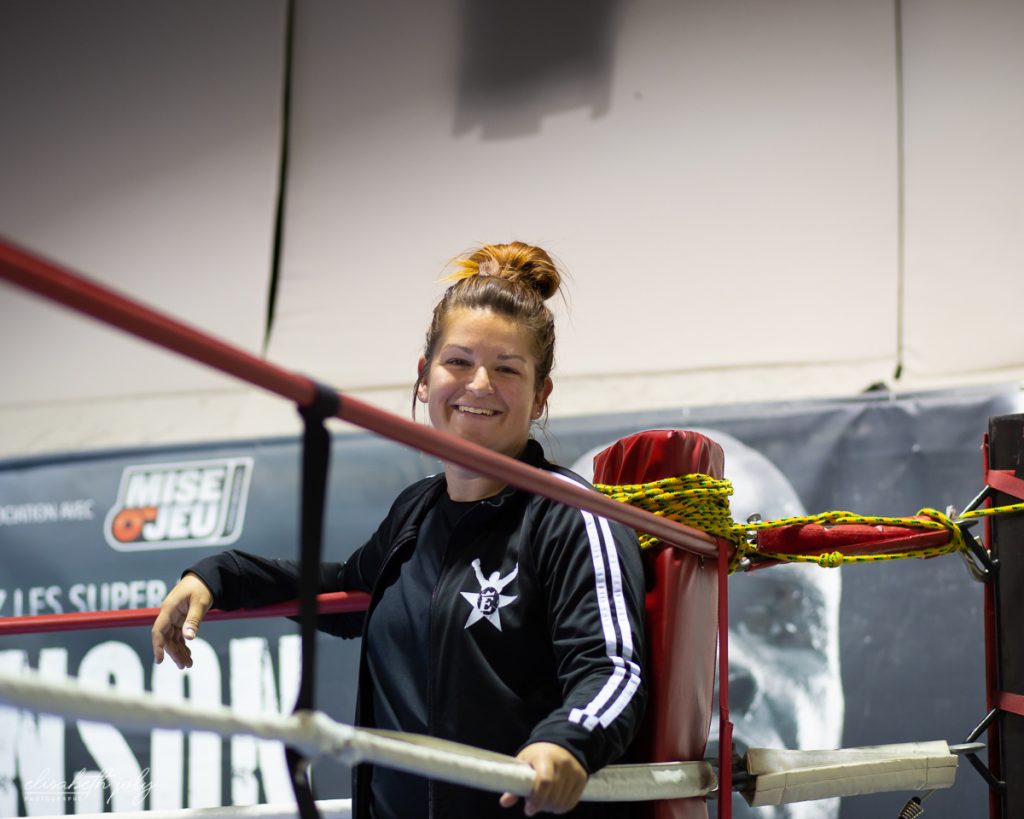 OTTAWA (December 23, 2020): The Women Coach Internship Program (WCIP) was inaugurated by the Commonwealth Games Federation at the 2018 Commonwealth Games in Gold Coast, Australia. The program matched 20 women coaches from 12 countries and 11 sports with expert mentors and embedded them with their respective teams. All have since benefitted from coaching opportunities because of their participation in the WCIP, which CGF leaders have described as a “resounding success”.

Among the beneficiaries of the WCIP were three Canadian coaches: Jill Perry, ChPC, of Ottawa, the president and head coach of the Beaver Boxing Club: Tina Hoeben, ChPC, of  Penticton, B.C. the head coach of the KISU Swim Club; and Martine Dugrenier of Montreal, who coaches at the Montreal-YMHA Elite Wrestling Club.

Richard Powers, the President of Commonwealth Sport Canada (CSC) and a strong supporter of the WCIP, tapped into Sport Canada’s Support Program for Gender Equity and Safety in Sport and secured the funding for the Canadian WCIP.

“Equality is a core Commonwealth value, and CSC has a long, strong, and proud history of being gender balanced in its governance and programs, except coaching!” said Powers. “There is a great need to have more Canadian women in high performance coaching roles. We hope the WCIP will help to address this need.”

Leading the program is Sheilagh Croxon, ChPC, of Etobicoke, Ont., who designed and implemented the Gold Coast program. She has a wealth of coaching experience, from the community to the Olympic Games. Croxon also led the Coaching Association of Canada’s (CAC) Women in Coaching program for eight years.

For the CSC WCIP, Croxon is designing a virtual education program built around providing intern and mentor coaches with leadership development sessions and ensuring that the intern coaches gain valuable coaching experience at either a national or international event.

“It is an honor to work with CSC in collaboration with the NSOs to develop this program,” said Croxon. “This talented group of intern and mentor coaches will build positive momentum in Commonwealth sport. By providing intern coaches with the opportunity to gain valuable coaching experience and ensuring their access to leadership development and a strong network of support, more and more skilled high performance women coaches will contribute immeasurably to an invigorated sport system in Canada.”

Daniel Trépanier, Boxing Canada’s High Performance Director, noted that his sport is a committed advocate on behalf of its women coaches. “Gender equity is at the forefront of global sports development,” he said. “Canada is privileged to be a world-leading women’s boxing nation and it is critical that our long-term strategy continues to evolve and showcase by example. This WCIP is an opportunity to empower women coaches and leaders among. Ultimately, it will help grow the number of women coaches in our sport.”

John Atkinson, Swimming Canada’s High Performance Director, stressed that his organization values coach development in all of its programs. “We have offered numerous opportunities over the last few years, such as our Select Coaches Group, apprentice coach positions with various national teams, and specific initiatives to develop female coaches,” he said. “For CSC to include Tina Hoeben and Zoe Miles in this program is another great opportunity to extend the focus on developing coaches and work together to build further on what we’ve already done.”

Lúcás Ó’Ceallacháin, Wrestling Canada Lutte’s (WSL) High Performance Director, reiterated his organization’s long-standing commitment to the development of female coaches. “Martine Dugrenier has been a pioneer of women’s wrestling as an athlete, coach, and now as a mentor,” he said. “Through close collaboration with CSC, we are confident that Breanne Graham will be well placed and supported to take the next steps in her coaching journey. We are excited by the content of the program and the opportunities it will create.”

Meet the first cohort of interns

Eve Fortin is the head coach and executive director of the Empire Académie, a boxing club in Quebec City. Her responsibilities include the club’s competitive stream and Sport Études. She is also the coordinator of Quebec’s Women’s Elite Team. Fortin is certified Level 3 – Boxing and is working on National Coaching Certification Program (NCCP) Competition-Development. As a boxer she competed in 90 amateur bouts and won two national championships. She graduated from a languages program during CEGEP and has a college certificate in Event Organization and Management. Fortin is the mother of three children under four years of age.

Zoe Miles is the head coach of the Sackville Waves Aquatic Team and a volunteer coach with the Dalhousie University Varsity Swim Team. She has a psychology degree from the University of Calgary, is a NCCP Senior Coach (Level 3) Certified, and is president of the Nova Scotia Swim Coaches Association. Swimming Canada selected her for its Women in Leadership Program. As a swimmer she competed at the 2008 Olympic Trials and at three world championship Trials and was a national qualifier from 2003 to 2012.

Breanne Graham is the head coach of Team Alberta Women, the Junior Dinos wrestling program, and the Calgary Sports Hub. She has a master’s degree in Geology from the University of Calgary. Graham has completed NCCP Wrestling Introduction to Competition and is working on the Competition-Development segment. A 12-time Canadian champion, her wrestling career was highlighted by medals at the junior world championships, three Senior World Cups, the World University Championships, and 12 victories at the Canadian championships. She is also the mother of two children.

Jill Perry, ChPC, is the president and head coach of the Beaver Boxing Club in Ottawa and a member of Boxing Ontario’s High Performance Committee. She is a former Canadian champion. Perry has a commerce degree from Carleton University and is completing a master’s of High Performance Coaching and Technical Leadership at the University of British Columbia. She has a background in marketing and worked in High Tech for 20 years.

Tina Hoeben, ChPC, has been the head coach of the highly successful KISU Swim Club in Penticton, B.C., since 1998. She earned a bachelor of science (Hons) from the University of British Columbia, a bachelor of fine arts (Hons) from the University of Victoria, and a master’s degree in Visual Art from York University. An NCCP Senior Coach (Level 3) certified, Hoeben is the first ever Swim BC Female Coach of the Year. She has held several team coaching assignments, including the world junior championships, Team BC at the Canada Games, and as men’s coach at the Western Canada Games.

Martine Dugrenier holds two bachelor’s degrees, a master’s degree in education, and NCCP Wrestling Competition-Introduction Certified and Competition-Development Certified. She is a three-time world champion in wrestling and a two-time Olympian. A teacher at Vanier College, she is also a coach at the Montreal-YMHA Elite Wrestling Club and executive director of Fédération de lute Olympique du Québec.