Edmonton to host the 2018 Canadian Championships 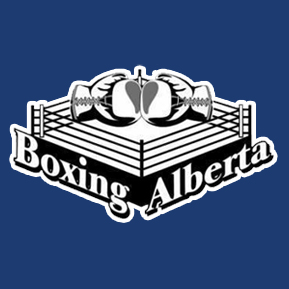 Following the success of the past two consecutive editions in Quebec City, Boxing Canada is proud to announce that the 2018 Canadian Championships will be presented in Edmonton, Alberta. After a long-awaited return to Western Canada, the organization of this major competition has been entrusted to Boxing Alberta and will regroup for the third time the Junior, Youth and Elite categories under the same roof. “We are thrilled to be able to showcase the city of Edmonton by hosting the Canadian Championships here.” says Boxing Alberta President Lee Tanghe. “We plan to pull out all the stops to make this the best championships yet and are excited to once again have this event in Alberta.” Halfway through the Olympic quadrennial, the 2018 edition of the championships promises to be as exciting as ever, featuring the best boxers from coast to coast who will face each other during a week-long competition hoping to remain or become national champion in their respective divisions.

The competition will take place from March 28th until April 1st, 2018 at the Radisson Hotel – South Edmonton, located at 4440 Gateway Blvd, Edmonton, AB T6H 5C2. Also, the event space will be bigger than ever, cumulating over 10 500 square foot. “We are pleased to welcome athletes from across the country to Edmonton in the spring of 2018.” said Lindsay Harrison, Senior Manager, Edmonton Events. “Edmonton is proud to contribute to the development of amateur athletes and to the sport of boxing in our city.”

Each province and territory will have the opportunity to register up to two male and two female boxers per weight category and age group. Also, all 2017 Elite National Team boxers will be automatically registered in the competition to defend their title, with the exception of the boxers who will participate in the 2018 Gold Coast Commonwealth Games at the time.

The 2017 edition of the championships regrouped more than 220 boxers from across the country over five days of competition on two rings. “Under a newly unified all category and ages showcase, the 2018 edition of the championships will offer Edmonton a full week of Canada’s best Olympic boxing hopefuls and Olympians in a plethora of high octane bouts. Boxing Canada is truly thankful that Boxing Alberta has committed to this great event.” affirms Roy Halpin, Boxing Canada’s Executive Director. “These are exciting times for the National Championships.”