EVOLUTION OF BOXING THROUGHOUT THE OLYMPIC GAMES 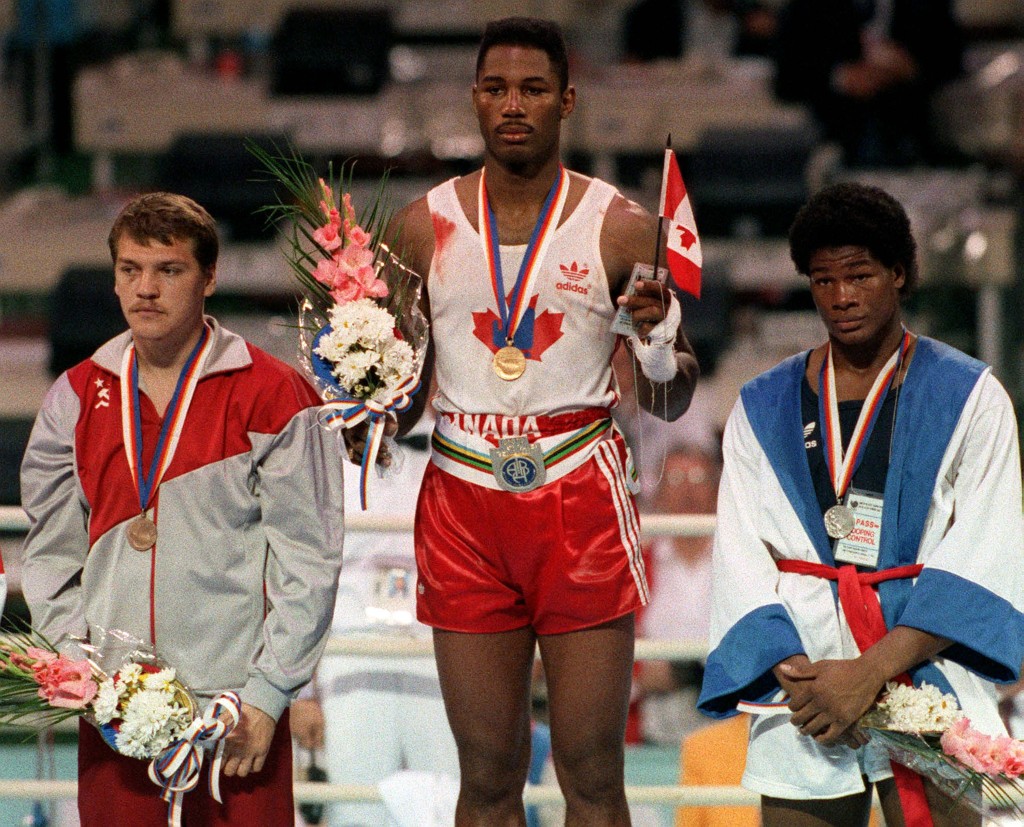 Arguably the purest form of one-on-one sport, boxing dates back to Egypt around 3000 BC and was first introduced as a sport in the Ancient Greek Olympics 700 BC. During the Roman Empire era, metal-studded gloves were used during gladiator duals, which often resulted in the death of one fighter.

In Canada, the sport has been practiced since before Canadian confederation in 1887 and was initially considered illegal during the bare-knuckle era. However, fights still occurred in remote locations and it wasn’t unusual for Canadian bouts before 1900 to be scheduled for 40 rounds! [1] Gloves began to appear around the turn of the century in order to protect the boxer’s fists rather than to shield the boxers from being hit. Boxing was first introduced as a modern time Olympic discipline at the 1904 Olympic Games.

Over the years, many great boxers made a name for themselves after participating in the Olympics, the biggest stage for amateur boxers.  Since its debut, 78 Canadian boxers have taken part in this prestigious competition and 17 proudly earned a medal for Canada.

Boxing is an ever-changing sport. Over the years, many competition rules have been introduced, removed or altered in order to adapt to the reality and the progression of the sport. Let’s take a closer look at the most important changes that occurred since its debut as an Olympic sport.

1904   First introduced in the 1904 Olympic games, boxing has been present in every edition of the international competition, with the only exception being the 1912 Stockholm games where the sport was banned.

1926   The international boxing federation, known as FIBA at the time, decided to limit each country to one boxer per category at the Olympic games.

1931   Referees are now officiating bouts from inside the ring rather than sitting in a high chair outside of the ring. Neutral judges around the ring are also introduced.

1950   A new rule is introduced stating that bouts should be stopped after a boxer gets knock down three times during one round as a preventive and protective measure for the boxer.

1984   AIBA’s executive committee votes unanimously in favor of the headgear.

1989   For the first time, an electronic scoring system is introduced in order to make judges’ officiating decisions more objective.

1994   10 oz. boxing gloves are the only gloves permitted at the Olympics as a safety precaution for the boxers.

The boxing world took a big step in 1994 as they recognized women’s boxing for the first time. Although it will take almost two decades to add the discipline to the Olympics, it was a great step in the right direction.

2012   After much anticipation, women’s boxing finally made its debut at the London 2012 Olympic games. Mary Spencer was the first Canadian female boxer to partake in the Olympics in the middleweight division (75 Kg).

Moreover, a 10-point scoring system was introduced after the much-criticized punch-count system that had been implemented in 1992 Barcelona Olympic games. To this day, a computer randomly selects three of the five judges for the score. Each judge appoints 10 points to the winner of each round and between 6 to 9 points to the loser depending on the performance.

NOVELTIES TO WATCH FOR AT RIO 2016

With Rio 2016 fast approaching, many changes are once again being introduced in the discipline. First of all, it is the first time non-AIBA professional boxers are eligible to qualify for the Olympics. Although no Canadian professional boxer participated in the qualification event in Venezuela earlier this month, two professional boxers, Hassan N’Dam N’Jikam (Cameroon) and Amnat Ruenroeng (Thailand), will make their debut in Rio.

Also, with Olympic boxing leaning towards professional boxing practices, pugilists will now use professional hand wraps made of gauze and tape instead of their usual cloth hand wrap. Additionally, no general weigh in will be conducted; boxers will only need to make their weights each day they are scehduled to box.