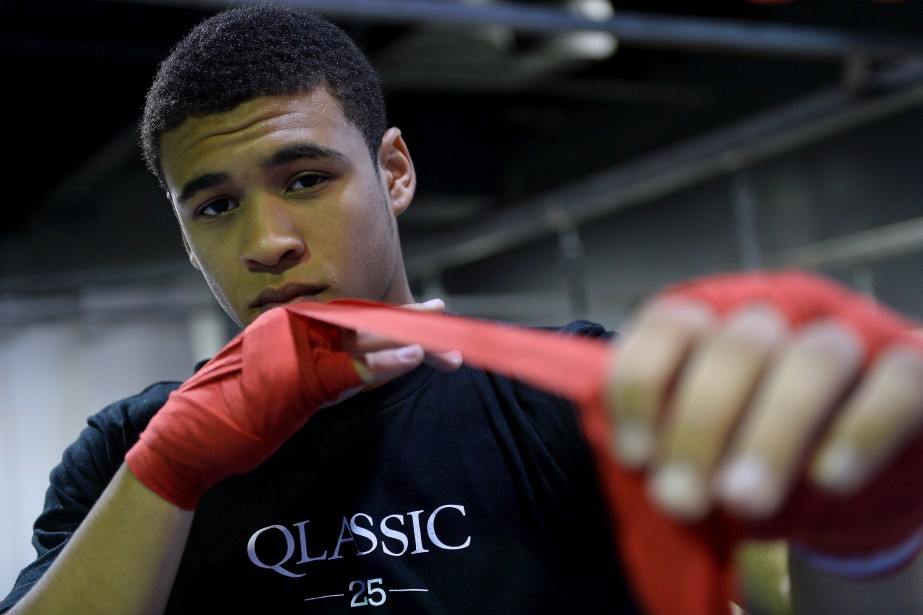 Lexson comes from a family of athletes. Indeed, both his parents practiced combat sports (his father was a boxer) and that’s where his “fighting” mentality comes from. From a young age, Lexson practiced taekwondono. However, when he wasn’t winning, he was being disqualified for using too much force while hitting the body, which influenced his transition towards boxing. When Taekwondo no longer represented a challenge, his parents decided to sign him up in a sport where he would be able to use his strenght and be in a contact sport. At the age of 10-11, Lexson became a boxer.

Lexson’s coach doesn’t recall having trained an athlete with such talent at a young age. According to him, his main skills are his strenght as well as his ability to adapt in the ring. Indeed, he is able to assimilate information right away without having to wait for directions between rounds.

As for his boxing career, Lexson hopes to win the Youth World Boxing Championships in Russia (November 2016) and then aim for the gold medals at the 2018 Commonwealth Games. the 2019 Pan Am Games and the Tokyo 2020 Olympic Games. He would then probably transition into professionnal boxing as he would love to make a living from his sport. His nickname, ”The Next”, reglects his winning attitude as well as his goals that set for himself at a young age.

In addition to his boxing training, Lexson is also in school to obtain his High School diploma.

Other hobbies  Spend time with my family

Place you’d life to visit in your life Japan

Life and career objectives I would like to attain the following objectives: