Lima 2019: Myriam Da Silva will be fighting for gold at the Pan Am Games 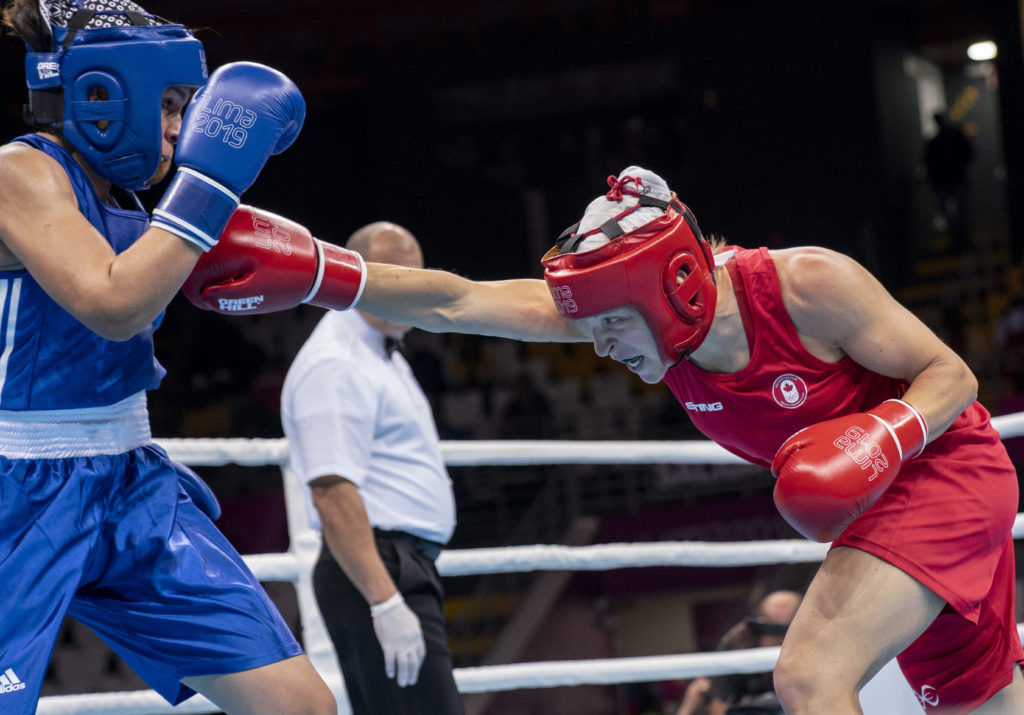 On Tuesday afternoon, Myriam Da Silva finally made her debut in the 2019 Pan Am Games after obtaining a bye in the first round of the competition and stepped into the ring against Brianda Cruz from Mexico in semifinals. After waiting almost a week since her arrival in Peru, Myriam was ready to face her opponent for the first time and at the conclusion of three rounds, the Canadian was declared winner by a 4-1 split decision in her favour.

” It wasn’t as physical bout, but it required more concentration so I wouldn’t comprise myself with her movements in the ring. It was an intelligent fight where I needed to be efficient with my combination. I started off the 3rd round very strong in order to win. I was stronger than her and I used my right hand smart to land clean punches on target.

It was a long wait to start the competition, which can be difficult mentally but it’s my first participation in a Major Game and it’s very exciting! “

With this semifinal win, Myriam punched her ticket to the final and will be fighting for GOLD on Thursday evening (August 1st) against Oshea Jones from USA. It will be a rematch between both boxers who faced off earlier this year at the Pan American Games qualifiers, where the American won by unanimous decision.

After a quick victory in quarterfinal, Tammara Thibeault squared off against Colombian Jessica Caceido Sinisterra for her chance to reach the gold medal bout. Both boxers faced off in the final of the Pan American Games qualifiers that took place in Nicaragua this past April, where Tammara claimed the gold medal with a 4-1 decision. However, this rematch unfortunately didn’t have the same turn of event. Despite her height advantage and a strong performance, the Canadian southpaw came out on the wrong side of a 2-3 split decision against the 2018 World silver medalist (81 kg).

” The bout didn’t go the way I wanted. It was a very close fight and it didn’t go my way this time. I’m a disappointed with my performance because I know I’m capable of doing so much more, but I will use this experience to come back stronger than ever!”

Tammara Thibeault is bringing home a BRONZE medal for Canada at the 2019 Pan American Games, and will now turn her focus on the preparation for the qualification pathway for the Tokyo 2020 Olympic Games.

For more information (draw sheets, schedule, results, etc.), visit our Event webpage for all the details.