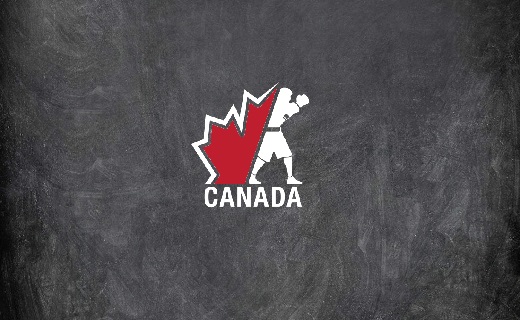 Following the success of the 2016 edition, Boxing Canada is proud to announce that the 2017 Canadian Championships will once again regroup the Junior, Youth and Elite categories under the same roof. The organization of this major competition is once again entrusted to Club EnergyBox. At the beginning of the new Olympic cycle, the best boxers across the country will face each other during a week-long competition hoping to remain or become national champion in their respective categories.

The competition will take place April 24 – 30, 2017 at the Hilton Quebec Hotel, located at 1100, boulevard René-Lévesque Est, Quebec City QC G1R 2P3. The championship for the Junior division will be held in the form of a round-robin tournament while the Youth and Elite division will showcase a single-elimination tournament. Each province and territory will have the opportunity to register up to two male and two female boxers per weight division and age group.

The 2016 edition of the championships regrouped more than 230 boxers on two rings during five days of competition.

” Quebec City will be the ideal city to host this major event and we are thrilled to welcome, once again, the best boxers from across Canada.” said organizers Benoit Martel and Carl Poirier.

More information will be available shortly. You can visit the EVENT WEB PAGE where all the documents will be uploaded.