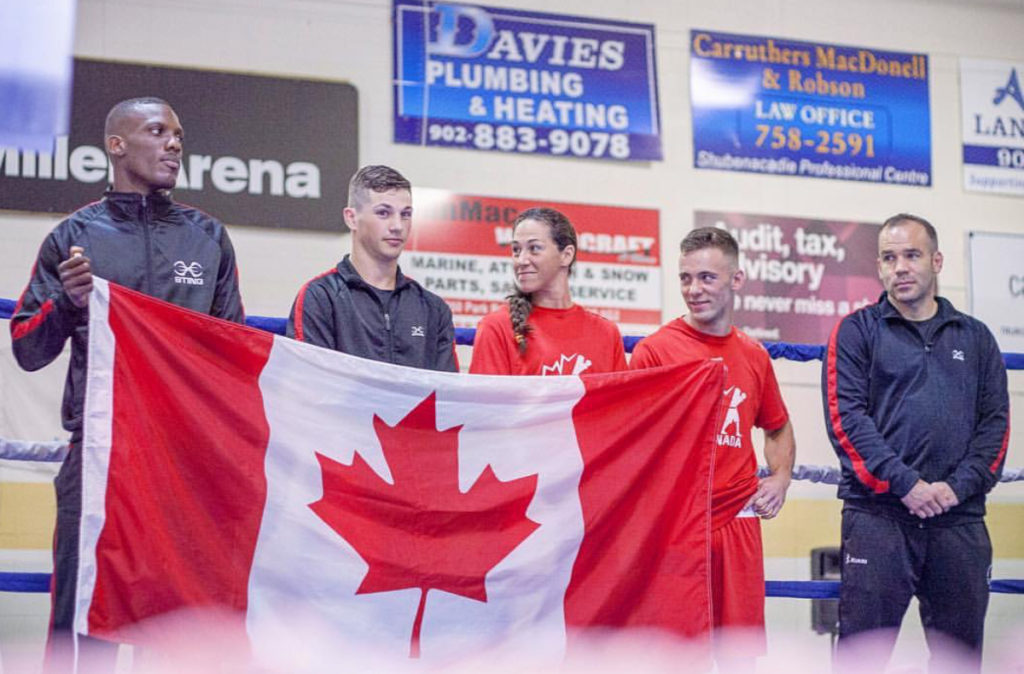 Over the weekend, Team Canada squared off against Team Puerto Rico as part of the Battle by the Bay in Kennetcook, Nova Scotia. Organized by Nova Scotia, the first edition of the event included local bouts as well as four international-calibre dual matches opposing the two countries. Moreover, the boxers had the opportunity to face each other on a 2nd occasion as part of a rematch gala two days after their first bout. With a total of eight international bouts on the schedule, the Canadian team claimed six victories over their opponents.

“The event offered  a balanced level of competition for our athletes,” mentions Daniel Trépanier, Boxing Canada’s High Performance Director who also accompanied the National Team in Nova Scotia. “These types of events are great experiences for the boxers, especially Kevin Grimard and Nickenson Denis, for whom it was their  first competition with the National Team.”

Here are the results for the international bouts:

“It was an amazing experience, I want more!” states Nickenson Denis, 75Kg Canadian champion. “I understood that the level of [international] competition was different and that I just entered the boxing world. Now, the real work begins and I love it!”