Team Canada ranks 3rd with 3 medals at the Copa Independencia 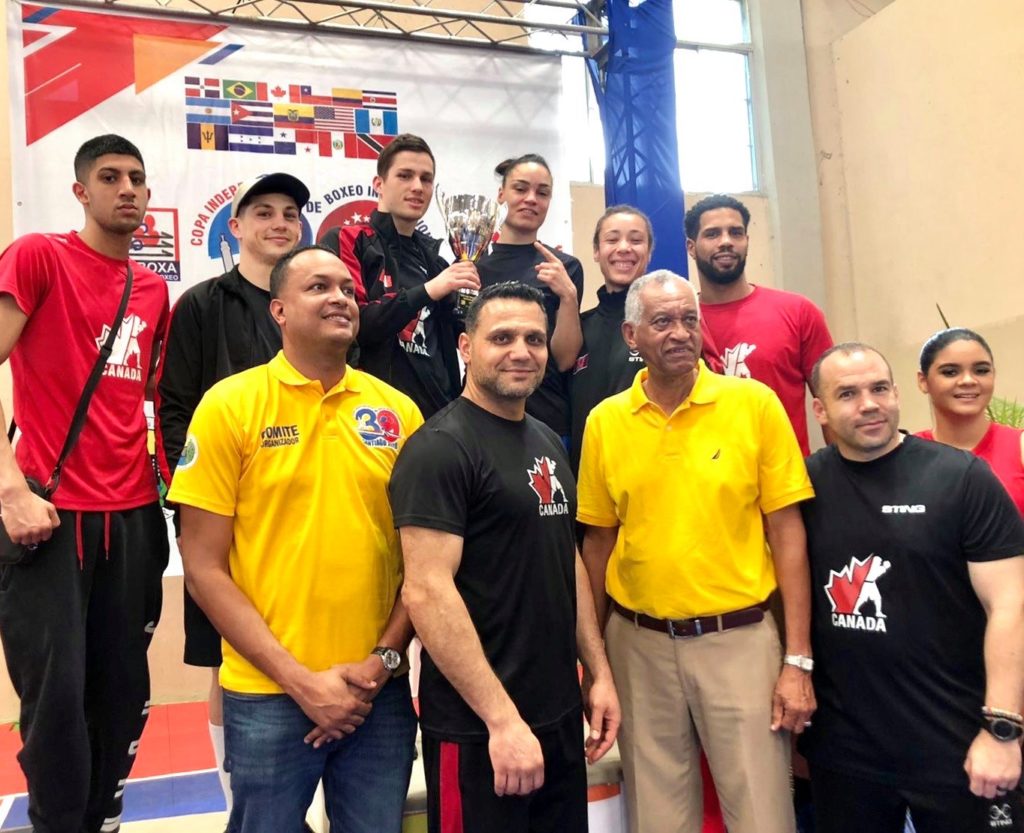 After four days of competition, the 2020 Copa Independencia came to a conclusion and Team Canada ranked #3 in the team ranking with a total of three medals.

Indeed, Caroline Veyre (57 kg) and Tammara Thibeault (75 kg) both won gold in their respective category while Thomas Blumenfeld (63 kg) grabbed silver after being pulled from the competition before the final as precautionary measure for a risk of potential cut.

Eric Basran (57 kg) and Wyatt Sanford (69 kg) were also taking part in the competition, but unfortunately their progression came to an halt earlier in the tournament.

“Starting the Olympic year on a good note as I won 3 fights and got the gold medal at the Copa Independencia. It was a really good preparation before the Olympic Qualifier. Four weeks to go! said Caroline Veyre after her victory in final.”

These great performances are a great indicator for the Canadian pugilists as they are preparing for the upcoming Americas Olympic Qualification event at the end of March. Thirteen Canadians will participate in this first qualifier in the hopes to secure their spot for the Tokyo 2020 Olympic Games.

Visit our event webpage for the Copa Independencia to consult all information from the tournament (results, draw sheets, rankings, etc.)