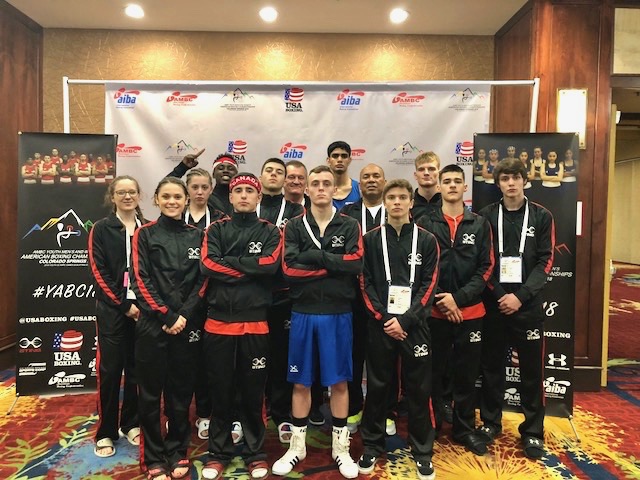 After three days of competition at the 2018 Youth Continental Championships, Team Canada has already secured seven medals and it is now just a question of which medal colours the team will bring back to Canada! With only two more days to go, the Canadian boxers will be competing for a chance to reach the highest step on the podium. Here's a recap of Day 3 as well as an overview of what's coming up for our athletes in the competition:

51 Kg Emelia Dermott made her debut in the competition on May 23 against Brenda Cecilia Rolden Castellano from Guatemala. With  a great height advantage, Dermott easily took the unanimous win (5-0) against her opponent, guaranteed herself a medal and has also qualified herself for the 2018 Youth World Championships. The Canadian boxer is back in action today Argentinian Graciella Sanchez Oriana, an orthodox boxer who won gold at the 2017 South American Games.

This semifinal is the 12th bout of the evening session (starting at 5pm MDT / 7pm EST) on May 24.

After a bye in the preliminary round of the championships, 56 Kg Avery Martin Duval was supposed to enter the competition yesterday against Yan Carlos Santana from Dominican Republic in quarterfinals. However, Avery won by walkover as his opponent was unable to make weight. The bantamweight Canadian boxer now moves on to semifinals against southpaw Mirco Cuello from Argentina and will be looking to reach the gold medal bout.

The semifinal is taking place today (May 24) during bout #4 of the evening session (starting at 5pm MDT / 7pm EST).

After two convincing victories (one by abandon during preliminaries and one by RSC in quarterfinals), 60Kg Spencer Wilcox is back in action today after a rest day. With a guaranteed medal, Wilcox will square off against Alan Chaves (ARG) during semifinals.

It will be the 2nd bout of the afternoon session (starting at 12pm MDT / 2pm EST) today.

In the light welterweight category, Derek Pomerleau (64Kg) is confident going into semifinals against Taiel Chavez from Argentina. With two southpaw boxers, this semifinal promises to be an exciting bout to watch as both boxers will be hungry to reach the final.

The semifinal is taking place today (May 24) during bout #5 of the evening session (starting at 5pm MDT / 7pm EST), right after his teammate Avery Martin-Duval's semifinals.

75Kg Mohamed Zawadi will make his debut in the competition today against local boxer Lorenzo Simpson (USA) after having obtained a bye for the preliminary round. Although his opponent is an experienced boxer, Zawadi is rested and confident going into the medal round.

The semifinal is taking place this afternoon (May 24 - starting at 12pm MDT / 2pm EST) during bout #5 of the session.

69Kg Charlie Cavanagh will be fighting for gold this afternoon as she will step into the ring against American southpaw boxer Marle Wendland during her opening bout of the Youth Continental Championships.

The last Canadian to enter the competition will 91+ Kg Tethluach Chuol as he will face off Drake Banks (USA) during the final on Saturday May 26, in the hopes to claim the gold medal in the super heavyweight category.

According to AIBA Qualification pathway, all seven medalists have also qualified for the 2018 Youth World Championships taking place in Budapest,Hungary in August. Here are the number of spots available for every Continental Championships:

For all information relating to the competition (schedule, results, draw and live streaming), visit our EVENT WEB PAGE for all details.