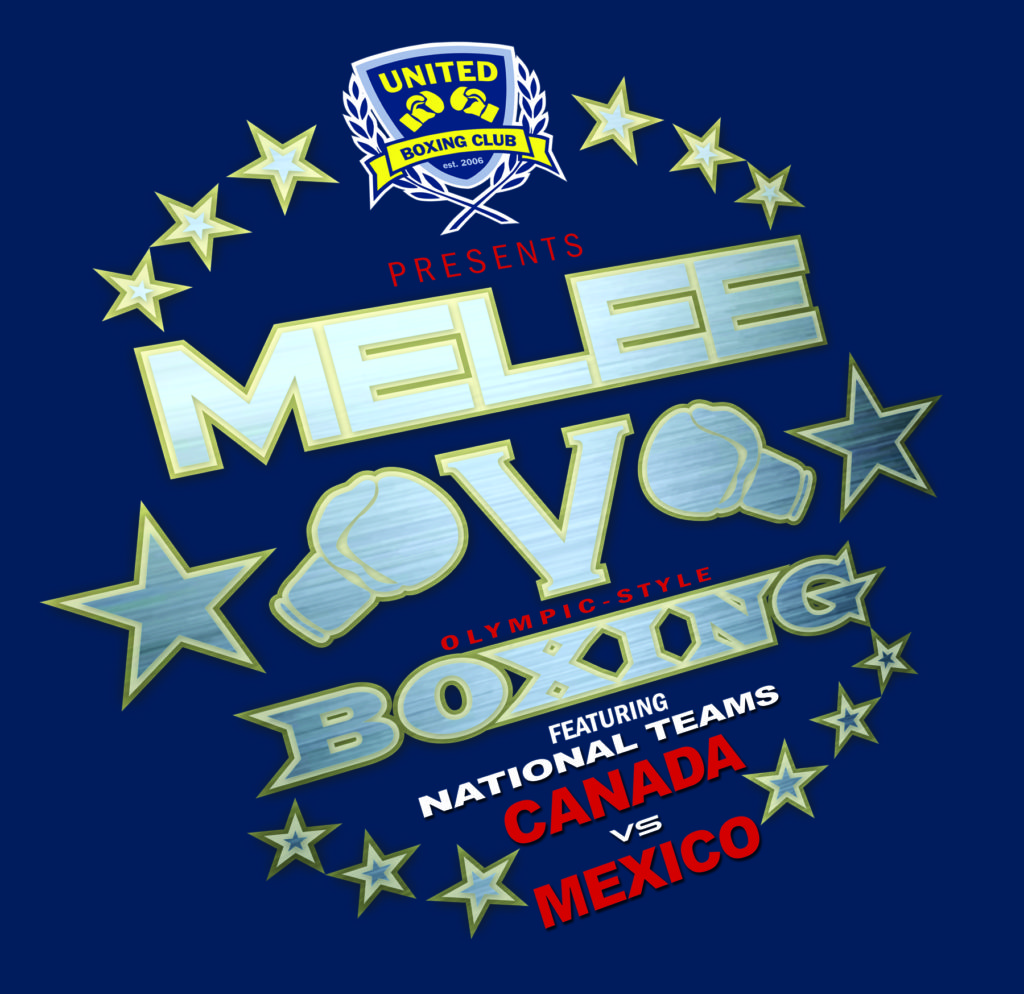 Team Canada’s Elite boxers are ready to step into the ring against Team Mexico on September 7th as part of one of Winnipeg’s most entertaining annual charitable events, the MELEE Gala. Hosted by United Boxing Club, the fifth edition of the event will take place at the upscale Metropolitan Entertainment Centre. The Melee Gala is the closest thing to a premier Las Vegas boxing card you will find in Manitoba!

First held in 2013, the Melee Gala dinner has quickly established itself as one of the most anticipated dates on any sports fans’ calendars. The event will feature United Boxing Corporate Challenge, where white collar competitors are put through an intensive 12-week boxing training leading to their first bout, and will be followed by six international Olympic-style bouts between Canada and Mexico.

Moreover, United Boxing Club is proud to donate $1000 to each boxer selected as the best bout of the night. The funds are being issued in honour of John O’Shea, former President of Boxing Canada. John was a mentor and friend to Ryan Savage (UBC founder) and he strongly believed in fairness and integrity. The donation is intended to promote personal and professional development of the athletes and encourage life beyond sports.

“We are very excited to host the Melee V Gala event, in support of Variety, the Children's Charity. United Boxing Club is a not for profit organization, supported by volunteers, coaches and instructors. We operate on the pay it forward system, using Olympic-style boxing to engage with the community and provide much needed support to great charitable causes.” affirms Ryan Savage, UBC President and founder, and chair of the Melee organizing committee. “The Melee V Gala event will surely be a great night of entertainment.”

Here are the boxers from both teams who will partake in Melee V: 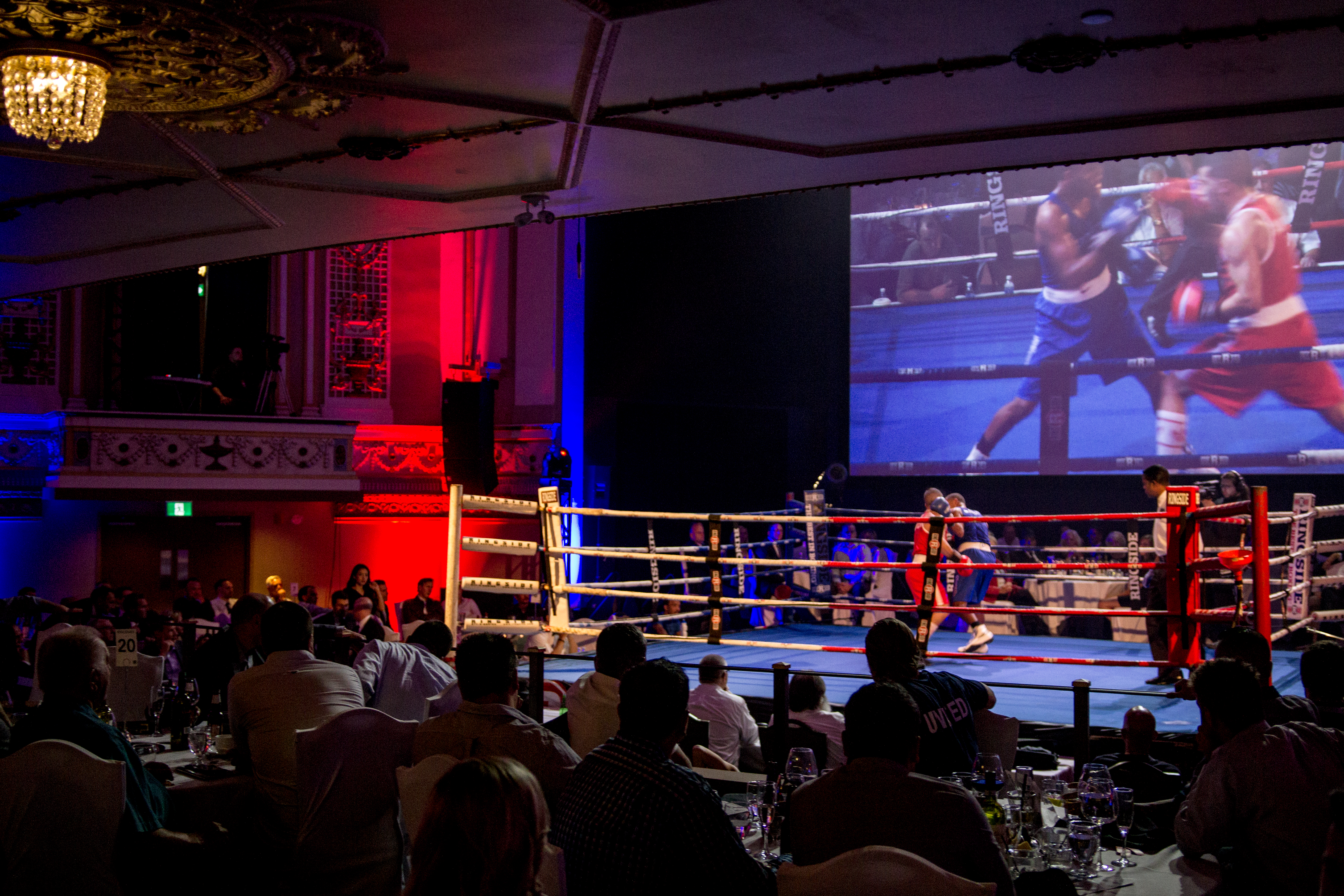 “This event is a great opportunity for our National Team boxers to test their skills in Olympic-calibre bouts against another country.” mentions Daniel Trépanier, Boxing Canada’s High Performance Director. “The MELEE event has grown tremendously over the years with now two competitions for our athletes and more international bouts on the cards.”

You can visit the MELEE Gala official website for more information and results will be posted on Boxing Canada’s website and social media. Additionally, the two countries will also have a chance to rematch on Saturday, September 9th at the Radisson Hotel as part of the United Boxing Classic. For more information, visit the United Boxing Classic Event webpage. 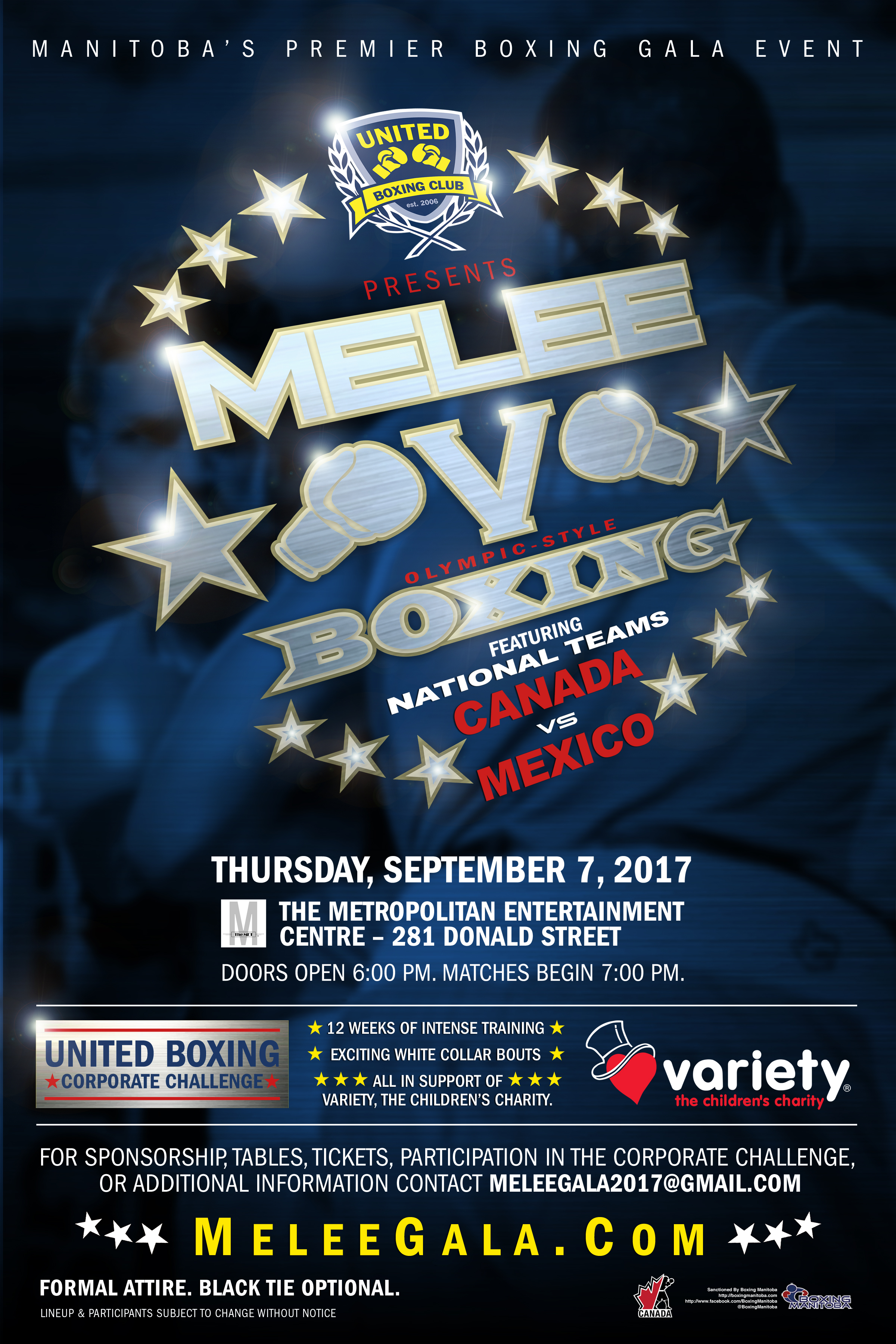