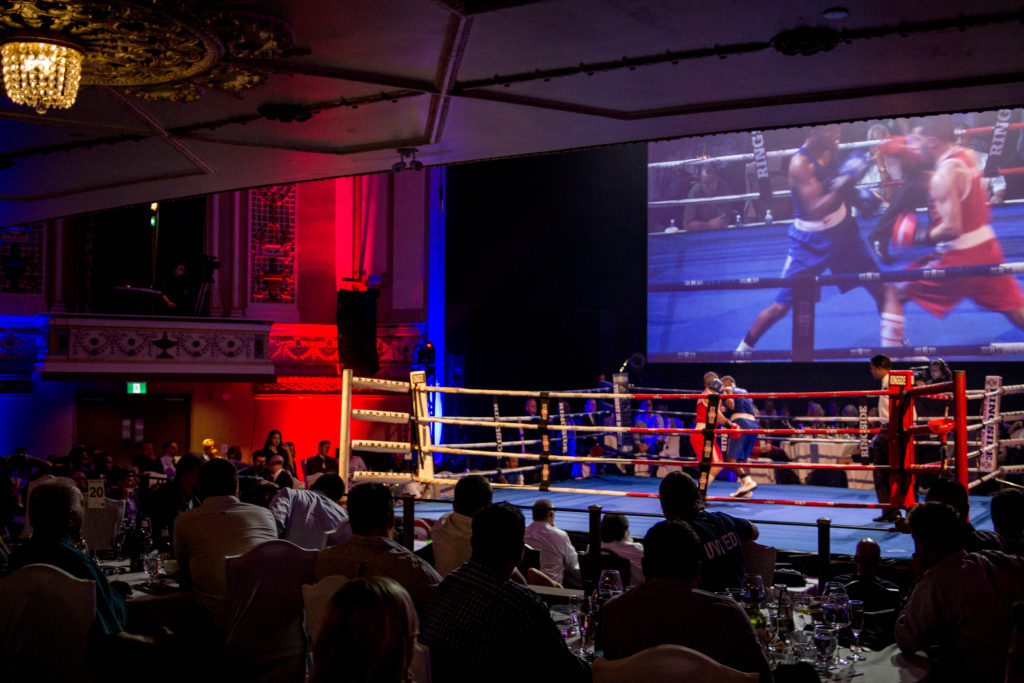 On Thursday, September 6th, Team Canada’s Elite boxers will be stepping into the ring against Team Puerto Rico as part of one of Winnipeg’s most entertaining annual charitable events, the MELEE Gala. Hosted by United Boxing Club, the sixth edition of the event will take place at the upscale Metropolitan Entertainment Centre. The Melee Gala is the closest thing to a premier Las Vegas boxing card you will find in Manitoba!

First held in 2013, the Melee Gala dinner has quickly established itself as one of the most anticipated dates on any sports fans’ calendars. The event will feature United Boxing Corporate Challenge, where white collar competitors are put through an intensive 12-week boxing training leading to their first bout, as well as six international Olympic-style bouts between Canada and Puerto Rico.

“We are very excited to host the Melee VI Gala event, in support of Alpha House. United Boxing Club is a not for profit organization, supported by volunteers, coaches and instructors. We operate on the pay it forward system, using Olympic-style boxing to engage with the community and provide much needed support to great charitable causes.” affirms Ryan Savage, UBC President and founder, and chair of the Melee organizing committee. “The Melee VI Gala event will surely be a great night of entertainment.”

Here are the boxers from both teams who will partake in Melee VI:

For more information, you can visit the MELEE Gala’s official website and all results will be published on Boxing Canada’s event webpage as well as on our social media platforms in real time.