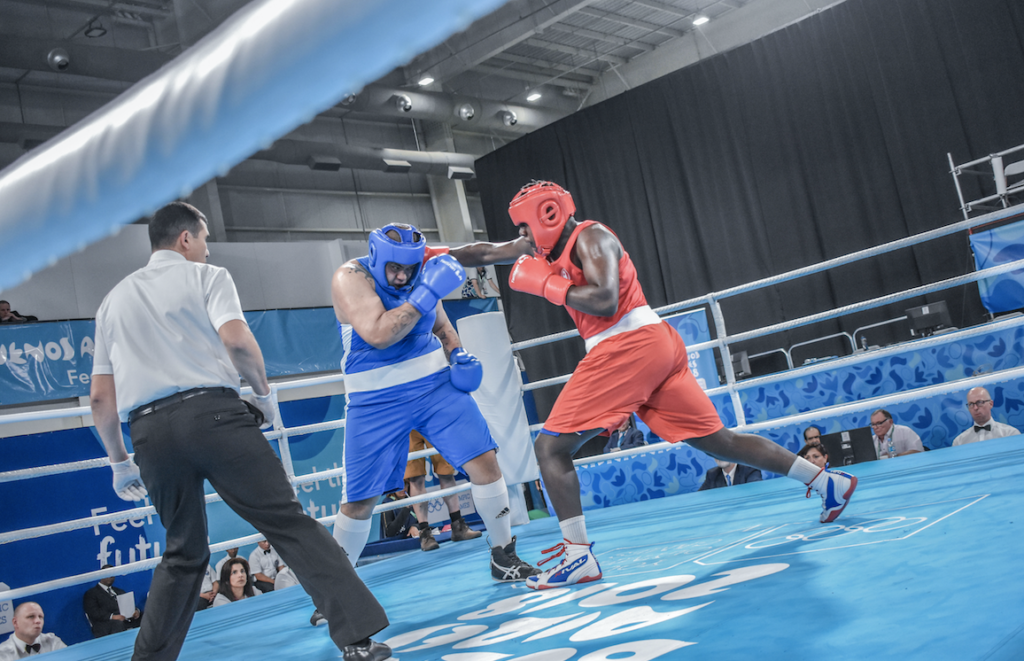 Following the draw that took place on October 13th, Spencer Wilcox was set to enter the competition the following day against Nurlan Safarov from Azerbaijan. In a very close bout, the Canadian pugilist unfortunately saw his opponent’s hand being raised and lost a 2-3 split decision.

However, it was not the end of the competition for Spencer as the format of the Youth Olympic Games allowed him to get back in the ring for the second round of preliminaries. For his second bout, Spencer was scheduled to square off against Atichai Phoemsap, the 2018 Youth World Champion who had obtained a bye during the first preliminary round. Although Spencer had a tough bout ahead of him, he gave his all in order to continue his progression in the competition. Despite his best effort, the southpaw boxer from Thailand got the win in a 4-1 decision.

“I’m a true champion an I’m truly honoured to be part of Canadian history. I can’t win every bout, but I can learn from every fight,” mentioned Spencer after his bout. “I will learn from this amazing experience and grow as a fighter and as a person. I won’t stop untill I’m at the top, and even when I’m at the top I won’t stop.”

Spencer will be back in action on October 17 against Kasib Hunter Murdoch-McKeich from New Zealand to determine the 5th place in the 60 kg weight category.

Tethluach Chuol also made his debut during the first session of the competition. The 91+ kg Canadian boxer wasted no time and quickly imposed his rhythm over his opponent, Vaisilika Toalua Tuigamala from Samoa. In a stellar opening bout, Tethluach won by unanimous decision in the first preliminary round and makes his way to the semifinals.

Tethluach will be back in action on Tuesday, October 16 against the 2018 Youth World Championships’ Silver medalist, Damir Toibay from Kazakhstan, for his chance to reach the gold medal bout.

For more information regarding the boxing competition (draw sheets, full schedule and results), visit our Event web page or the official website of the Buenos Aires 2018 Youth Olympic Games.