The Wolf’s Journey to Gold 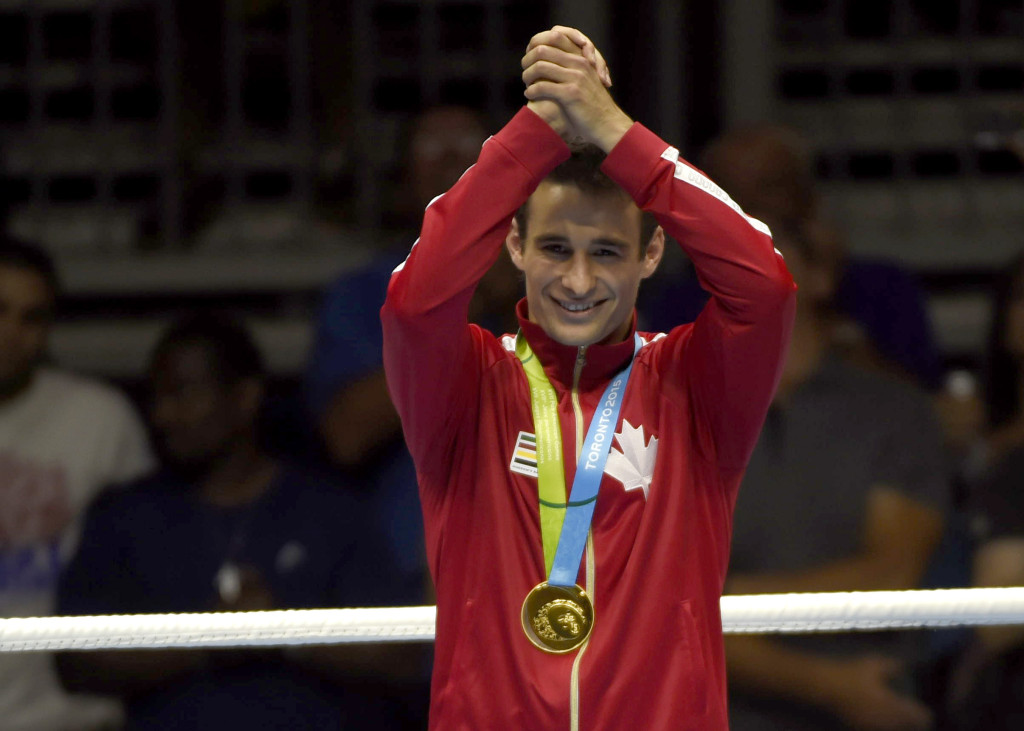 A private investigator and a human wolf from Chechnya seems like a perfect team of heroes for a kids’ comic book.

The private investigator is John Spray, writer of Next Round: A Young Athlete’s Journey to Gold, and the Chechen Wolf is the book’s subject, a young man who wins gold medals with his fists in the boxing ring. And it’s not a comic book, but a sports biography, forthcoming from Pajama Press in July, just in time for the Olympic Games in Brazil.

Kids aged 8-14 will without doubt be inspired and educated by the life of the protagonist, Arthur Biyarslanov.

Biyarslanov, nicknamed the Wolf – the refugee boxer, the young Muslim, the 2015 Pan American Games Champion, now ready to compete in the Olympic Games in Brazil – shares with Spray juicy details of his life growing up in Chechnya. He recounts his escape from the Russian army, life as a refugee in Azerbaijan, and his immigration to Canada at age nine. After losing his father at a young age, Biyarslanov lives in the projects in Toronto with his mother Elle and brothers, enduring it all to become an icon, not only for his sports talents but also his humanity.

Biyarslanov, a very disciplined 21-year-old, makes his biography accessible to boys who, according to the author, have very few books to read which inspire them.

“It feels amazing to have a book written about me. Now people all over the world can read my story and really know who I am. I hope to motivate kids to reach their goals,” said Biyarslanov, who always dreamed of being an Olympic athlete, although he thought it might be in soccer, a sport in which he also excelled.

Spray met Biyarslanov after the Pan American Games when the young Canadian had won the first gold medal in forty years for his adoptive country. Spray knew the Wolf’s story through his wife, who is the owner of Pajama Press and requested her husband write a book for children about the boxer.

“I boxed when I was young, and thought it was an incredible story to tell,” said Spray, who interviewed the Pan American champion for several months to get the core of the story. He chose to write it in an action-packed manner to engage and empower child readers.

“It’s a story that has it all, and a good ending,” said Spray.

Biyarslanov is happy to share his journey to gold with all the children in Canada and hopes they can read the book before the Olympics in August so they can watch and cheer him on from home.

“I am happy because they [children] can see the hard times and struggles I’ve been through and see that I was still able to succeed. I hope to inspire kids to become better people, better athletes, and to appreciate life,” said the young boxer, whose goal is to be on the podium in Brazil.

The only very important person who is not able to see the accomplishments of the young boxer is his dad, to whom Arthur dedicates all his triumphs. At the end of each of his bouts, when the referee hoists his arm as winner, the Wolf looks up to the sky to his angel in heaven.

“I think my dad would be very happy with smy accomplishments.”

The book is available for pre-order online at Indigo and Amazon.