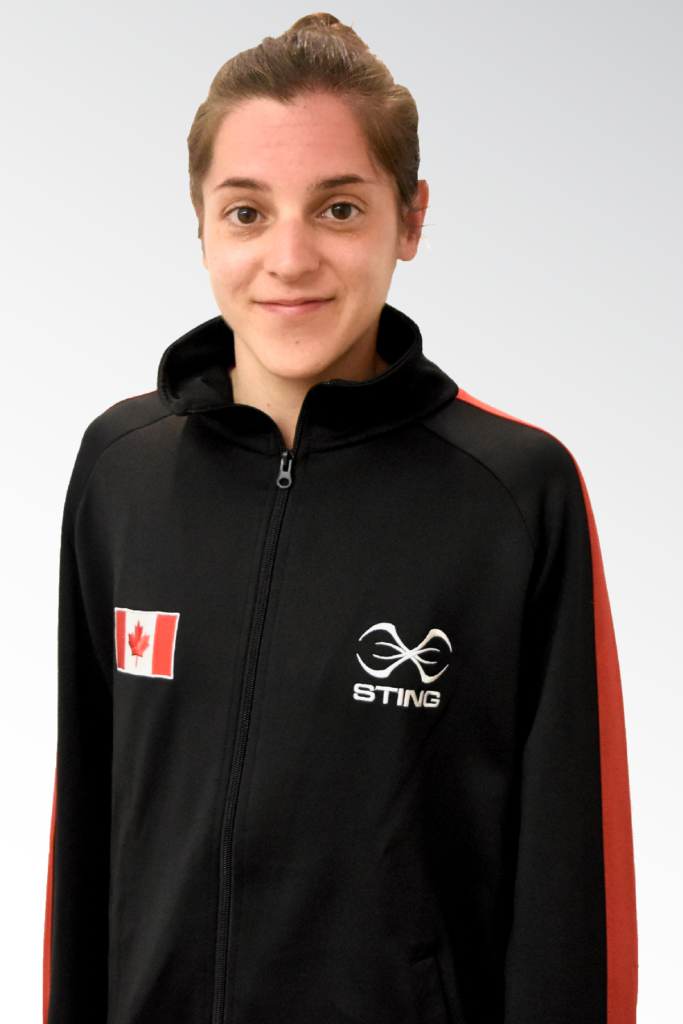 Anne began to practice boxing quite late, at the age of 23. At first, she trained as a recreational hobby but she was encouraged by her coach to start competing and quickly joined the competition team. After a few months of training, Anne had her first fight on March 1st, 2014 and immediately had the itch to pursue a boxing career. Her favorite aspects of the sport are technique and boxing tactics. She likes the idea of hitting her opponent without getting hit in return. Anne appreciates that boxing is a very demanding sport, where you can always go beyond its limits.

In the short term, Marcotte wishes to compete in the World Boxing Championship. She has the aspiration to give back to the sport, by perhaps becoming a trainer and at the very least, she wants to have the opportunity to pass on her passion to young girls.

PLACE TO VISIT IN HER LIFE : Africa

LIFE & CAREER OBJECTIVES : Work in cultural arts or education. Travel around the world.