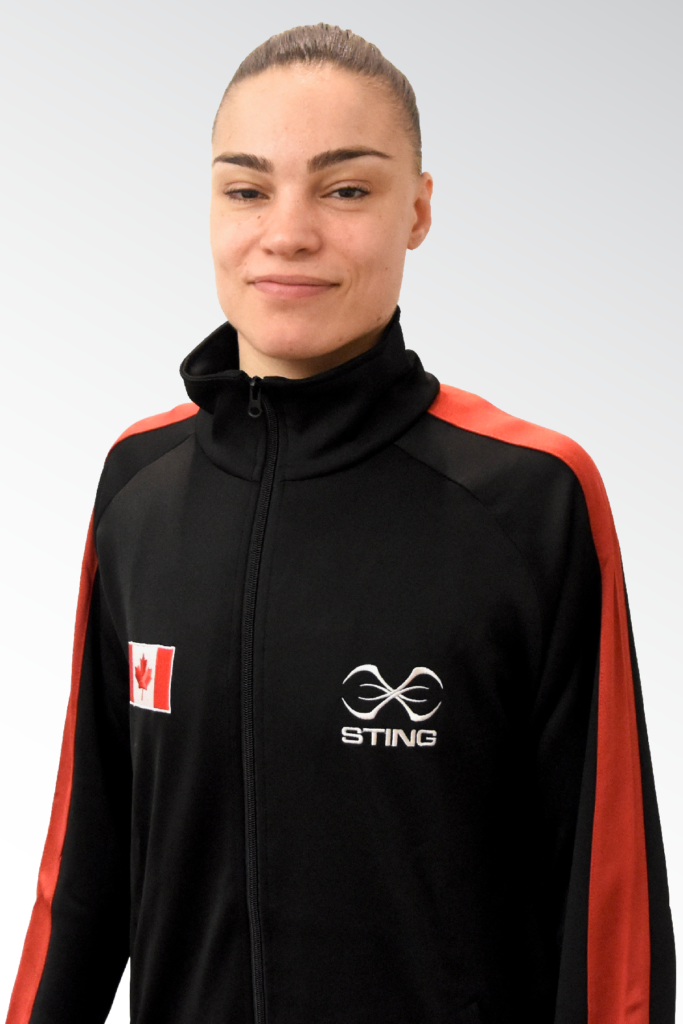 Originally from Paris, Caroline Veyre immigrated to Canada in 2003 after visiting the country a few years earlier as her mother came to Montreal for cancer treatment. She first started boxing when she was 18 years old. Throughout her teenage years, boxing allowed her to grow as a person and gain confidence as she had difficulties to express herself at the time. According to her, sports enables you to develop great qualities that you can apply to all aspects of your life, such as discipline, sense of organization, determination, confidence, perseverance and optimism in order to tackle life and forge ahead!

During her very first Canadian championships in 2009, Caroline earned the bronze medal and grabbed the silver medal at 2012 edition of the same championships. In 2013-2014, she won the National title for two consecutive years. During the same year, she also participated in her first Continental Championships where she claimed the bronze medal and also repeated her performance the following year. One of her career highlight occurred when she grabbed the gold medal during the 2015 Pan Am Games in Toronto.

Beside her career as an athlete, Caroline also obtained her bachelor degree in translation. She plans to continue boxing for a few more years. Her dream is to participate in the Olympic Games and earn a medal. In the next few years, she would like to open her own boxing gym and become a coach.

FAVORITE MOTTO :  ”It is difficult to beat someone that never quits.”

FAMILY : She has a twin sister

PLACE TO VISIT IN HER LIFE : Brazil