Recap on the massive success of the 2017 Canadian Championships 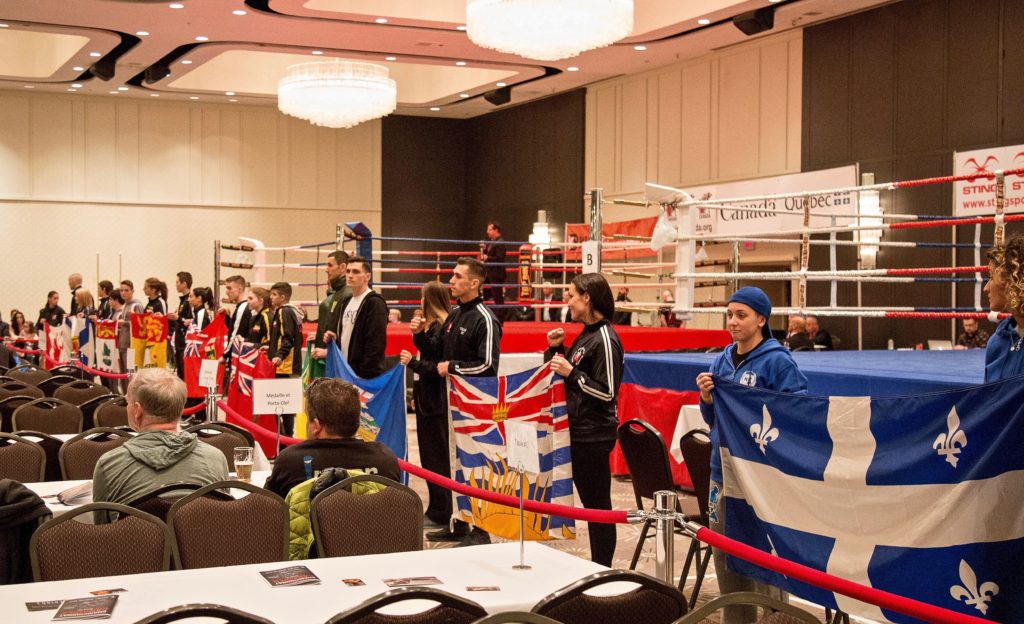 The 2017 Canadian Championships were without a doubt a massive success! It was the second edition regrouping the Junior, Youth and Elite categories under the same roof and a grand total of 219 boxers from coast to coast took part in the competition for a chance to claim the national title in their respective category.

“This year’s Canadian Championships will be remembered as one of the best in the past 25 years. The local organization [Benoit Martel and Carl Poirier from Club EnergyBox] did a fabulous job of ensuring all participants enjoyed their experience.” said Pat Fiacco, Boxing Canada’s president. “As far as the competition itself, it was very clear that the quality of boxing in Canada has improved tremendously and that there is talent from coast to coast. We saw medalists from each province present at the competition. We must give credit to all the coaches across Canada for spending time with these athletes in the gym preparing them for these championships. Boxing in Canada is in great shape!”

Indeed, the Canadian Championships are growing every year and the tournament is starting to have a festival allure with all the seminars, workshops and ceremonies as part of the event. With all the exceptional talent present, the 2017 edition gathered a lot of media coverage and visibility across the country, which is great for the exposure and growth of our sport!

Also, another addition to this year’s edition was the opening ceremony where each provincial delegation marched in the competition area showing their colors.

Also, a big thank you to STING Canada, our Official Supplier of Equipment, for providing us with top-quality boxing gloves and headgear throughout the 2017 Canadian Championships !!

After five intense days of competition, the Youth and Elite National Team’s composition was confirmed. (Click HERE to view the list of medalists)

One of the interesting aspects ahead of this year’s championship was that some weight divisions had two National Team representatives fighting for a unique spot on the team. This was due to the Olympic qualification process which prevented the Olympic National Team from competition at the 2016 Canadian Championships and where new champions were crowned.

“I’m very happy with the composition of the National Team. We have a few new faces amongst the team who are highly motivated to prove themselves.” mentions Daniel Trépanier, Boxing Canada’s High Performance Director. “It is exciting to see that we have depth within the National Team pool at the start of a new Olympic quadrennial.”

The next step for the National Team boxers will be to conduct physical and medical testing to evaluate their conditions ahead of the Continental Championships taking place June 8-19 in Tegucigalpa, Honduras. These championships are now a mandatory qualification event to be participate in the 2017 Men’s World Championships to be hosted in Hamburg, Germany from August 25th until September 3rd. The Canadian delegation travelling to Honduras will be announced shortly.

As for the Youth National Team, the results of the physical testing will determine the composition of the team for the Youth Commonwealth Games taking place July 16-23rd in Nassau, Bahamas.

Another achievement worth mentioning is Mandy Bujold: she claimed her 11th Canadian Title during these championships, which establishes a new record in Amateur boxing in Canada ! Congrats Mandy!

Throughout the championships, Boxing Canada also took the opportunity to conduct an AIBA 1-star referee and judge’s certification course. This is the first step to increase the number of Canadian representatives during international competitions.

“Andrew Caufield (Scotland) and Doug Emery (USA) were the two AIBA instructors who oversaw the course and evaluated our Canadian officials throughout the competition. This is a great opportunity for our officials to either refresh their AIBA 1-star certification or upgrade to the next level of officiating in boxing and get them one step closer to being internationally certified.” said Pat Fiacco. 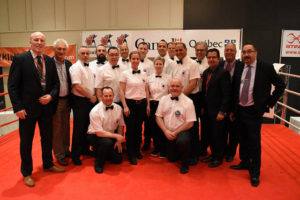 The Canadian Championships are a great opportunity to educate and inform our members. Various workshops and seminars were offered every day offering additional resources on a variety of topics, such as High Performance, sport psychology and medical advancements.

Given their great performances throughout #CANbox17, here are the boxers who were awarded the trophies for Best Boxers of the Competition:

Also, at the close of the 2017 Canadian Championships, Boxing Canada took the opportunity to host its Annual Award Ceremony.

Here are the 2016 award recipients who were celebrated:

It was also during this ceremony that Yvon Michel officially became a member of Boxing Canada’s Hall of Fame. His induction came as no surprise given his active involvement as a National Team coach and Executive Director of the Fédération Québécoise de Boxe Olympique (FQBO) as well as his tremendous contribution to boxing in Canada as a professional promoter.