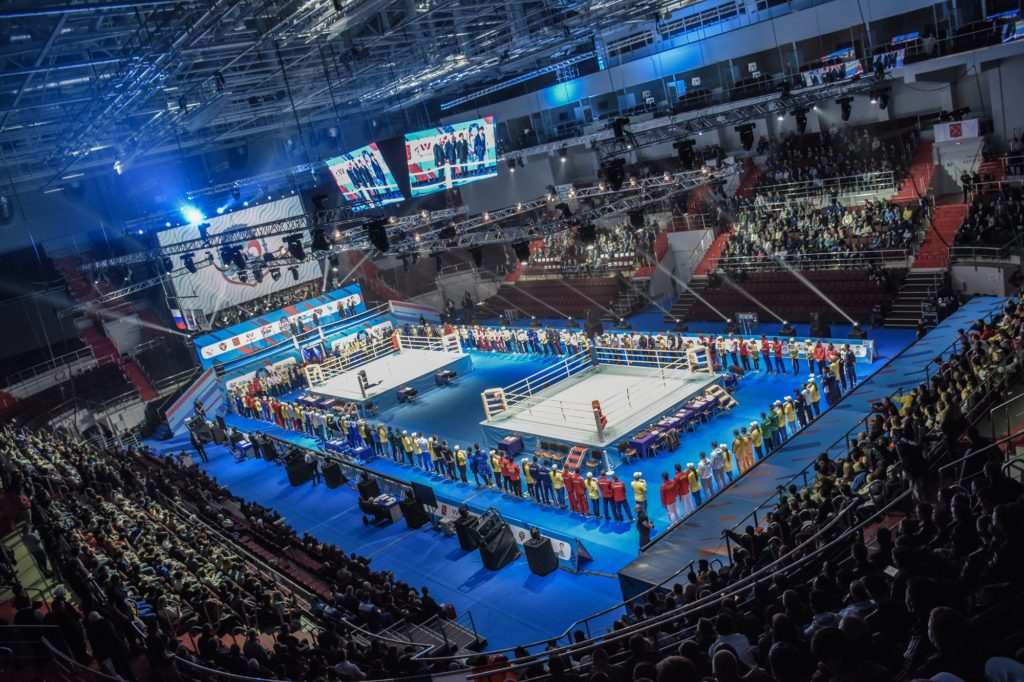 After 9 days of intense competition, the 2016 Youth World Championships came to a close on Saturday November 26th crowning eight nations in the 10 weight divisions. Regrouping 402 boxers from 70 countries, this major championship opposed the best youth boxers in the world and three Canadians took part in the competition. Although medals eluded them, our Canadian boxers have gained valuable experience as it was their first participation in a World Championship and only their 2nd international competition after the Youth Continental Championships in September 2016.

81 Kg Lexson Mathieu was the first Canadian to step into the ring on the second day of the competition. However, the gold medalist from the Youth Continental lost 1:4 by Finland’s representative. Despite his defeat, Lexson has gained a lot of insight from his experience. “This experience will change how I prepare for my bouts. When I stepped into the ring, I only had one game plan for this bout. The first round went very well, but afterward the referee gave me a lot of warning to keep my head up and I lost 2 points due to this. ” said the 81 Kg Canadian boxer. ” From now on, I will prepare more game plans prior to major tournaments.

75 Kg Jake Daoust obtained a bye in the first round of the preliminaries and entered the competition on Sunday November 20th against France. After a very close battle, it was a the French boxer who saw his hand raise with a 3:2 split decision. “The Youth World Championship has been a serious eye opener for me. I know what I have to work on in order to win gold and I’m going to train 10 times harder from now on. I have enjoyed watching all the bouts as these are the best youth boxers in the world.” said Jake, who despite his loss, remains optimistic about his boxing future. ” I am thankful as ever for my experience and excited to step it up.”

56 Kg Luis Santana came very close to the medals. After a bye in the first round of the competition, Luis started off the Championships against Afghanistan on Saturday November 19th. His unanimous victory enabled him to progress to the next round against Wales, where he once again claimed the victory with a 3:2 split decision. Progressing to the quarterfinals, Luis was only one bout away from winning a medal, but unfortunately his path came to an end when he was defeated by Australia with a unanimous decision. His great performance in Russia enabled him to reach the Top 8 Youth boxers in the world! “It was a great experience because it allowed me to see different boxing styles and to measure up against the top in the world. I can see my potential despite my defeat in quarterfinals.” Mentionned the 56 Kg Canadian boxer.

“Even though this was only their 2nd international competition, they all competed well with one boxer finishing in the Top 8. They realized the gap between them and the best in the World is not that big and they are all very determined to train harder and do what is necessary to reach the top levels.” says Mark Collins, Youth National team coach.

For more information regarding the draw, schedule and results, visit our EVENT WEB PAGE.